Loading...
Understanding Pilates terms can help facilitate faster results and a more enjoyable Pilates experience. Here are some of the most commonly used Pilates terms and their definitions: 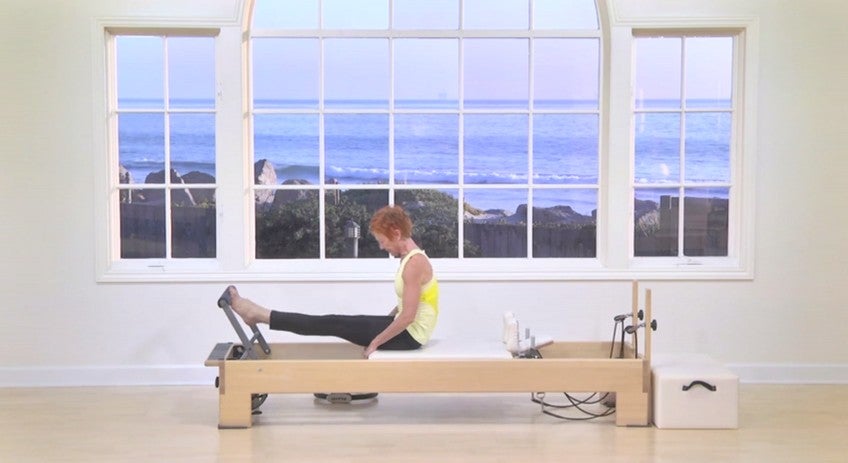 C-Curve
C-Curve: The shape the torso makes while you are in a flexed (rounded forward) position. Cervical Spine: Vertebrae in the neck, above the thoracic spine. There are seven vertebrae in this area (C1 to C7). Coccyx: Your tailbone. It is the lowest segment of the vertebral column. Core Strength: Muscles of the trunk that help to stabilize the spine. Though most people think of the abdominal muscles, core strength also refers to the muscles of the back and the pelvic floor. Core strength is developed through balance and the coordinated use of these muscles. Core strength allows us to move in a functional and safe manner. Dorsiflexion: The motion of pulling the toes back toward the shins, flexing the entire foot at the ankle. 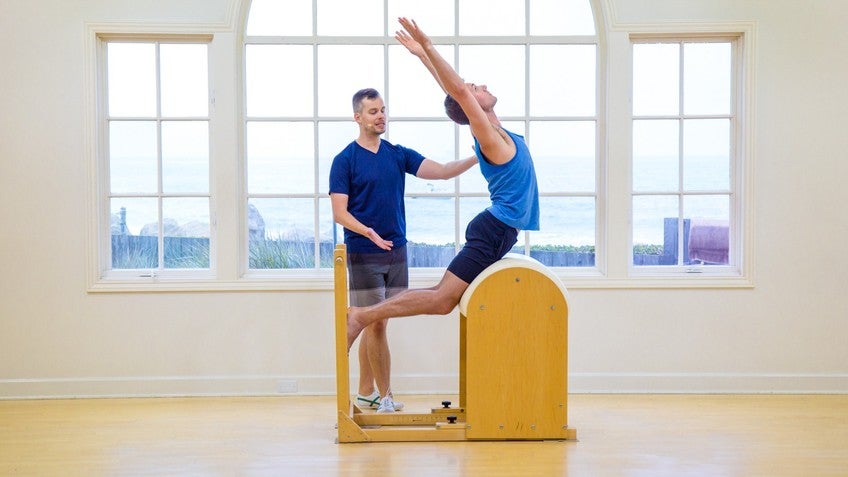 Extension.
Extension: Straightening movement that increases the angle between two points. Straightening your arm is an example of extension. Extension is the opposite of flexion. Flexion Bending movement that decreases the angle between two points. Bending your elbow, or pulling your knee toward your chest are examples of flexion. Flexion is the opposite of extension. 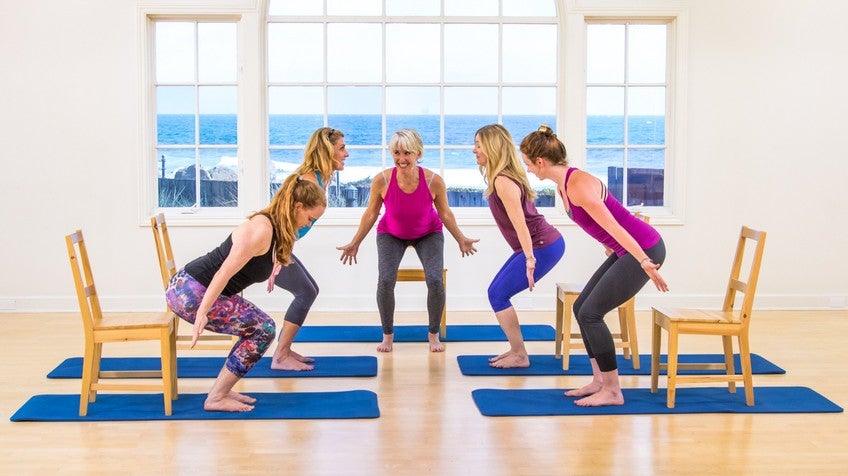 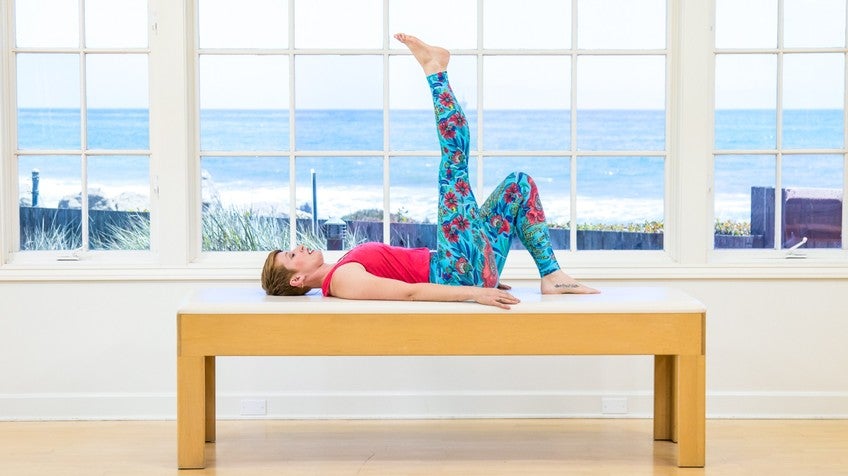 Imprinting.
Imprinting: When lying on your back, draw the belly "in and up" so the spine lengthens along the mat such that the bones of the entire spine are pressed into the mat and no space exists between the two. This technique is most closely associated with the Classical style of Pilates. Lateral: Movement or body part near or toward the side of the body. Lumbar Spine: Lower back region below the thoracic spine and above the sacrum comprising five vertebrae (L1 to L5). When it is in the neutral position, there will be a slight curve known as lordosis. Midline: The imaginary line going down the middle of the body, from the top of the head down to the feet. 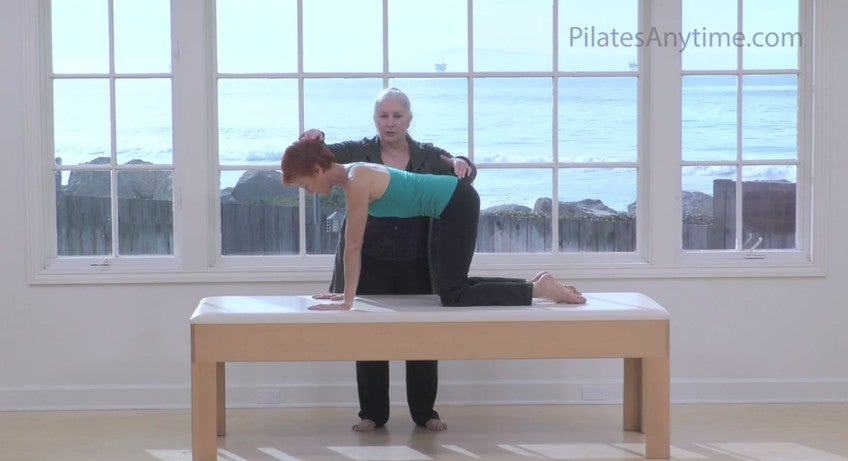 Neutral Pelvis
Neutral Pelvis: A reference point for the placement of the pelvis in many exercises. When lying on your back, the pelvis is level such that the two hip bones in the front are level to the pubic bone and the two hip bones are level to each other. Pilates Stance: Similar to the first position in ballet; heels are together and the toes are apart. Plantar Flexion: Pointing the foot so that the toes are moving away from the shins. Posterior: Movement or body part near or toward the back of the body. 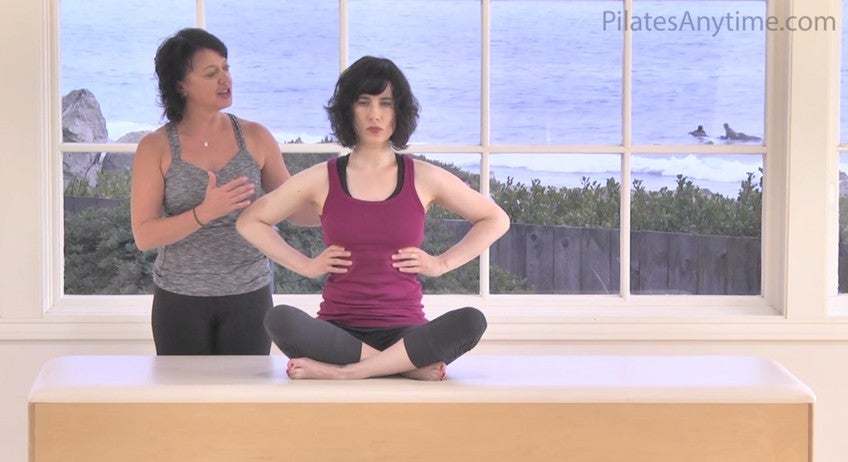 Post-Lateral Breathing
Post-Lateral Breathing: In an effort to stabilize the spine as we perform our exercises we need to maintain some abdominal contraction while inhaling. When you inhale, rather than releasing the abdominals fully, maintain some of the contraction and allow the entire ribcage to expand especially to the back (post) and to the side of your body (lateral). This technique can take time to learn. So be patient as you learn new exercises and remember it is better to breathe comfortably than to not breathe at all. Powerhouse: The term Joseph Pilates used to describe the musculature of the center of your body: the abdominals, pelvic floor, the muscles surrounding the hip joint and back extensors. The 'powerhouse' is the physical and energetic center of the body and the focus of all Pilates exercises. 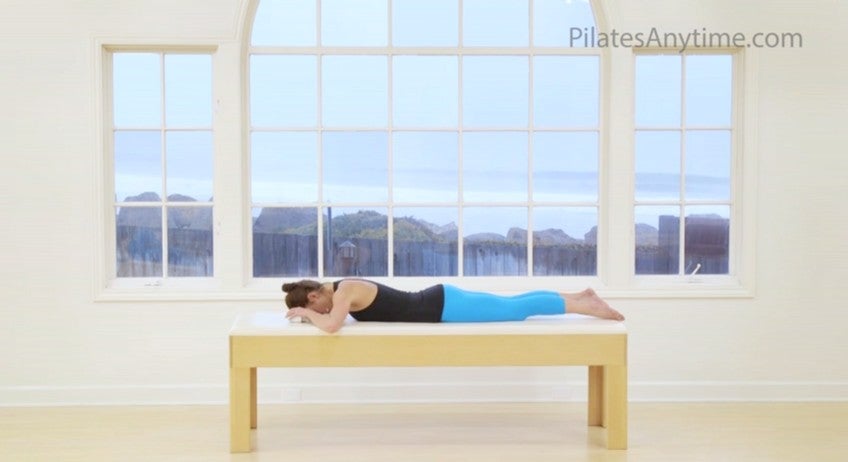 Prone
Prone: Position of the body when it is lying flat, face down. Many extension exercises are done in a prone position. Sacrum: Triangular bone just below the lumbar spine and above the coccyx (tailbone). It forms the base of the spine and the center of the pelvis. 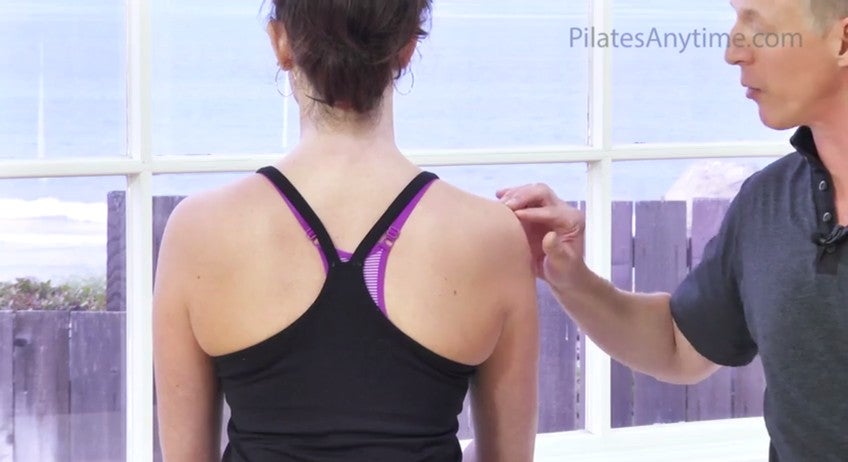 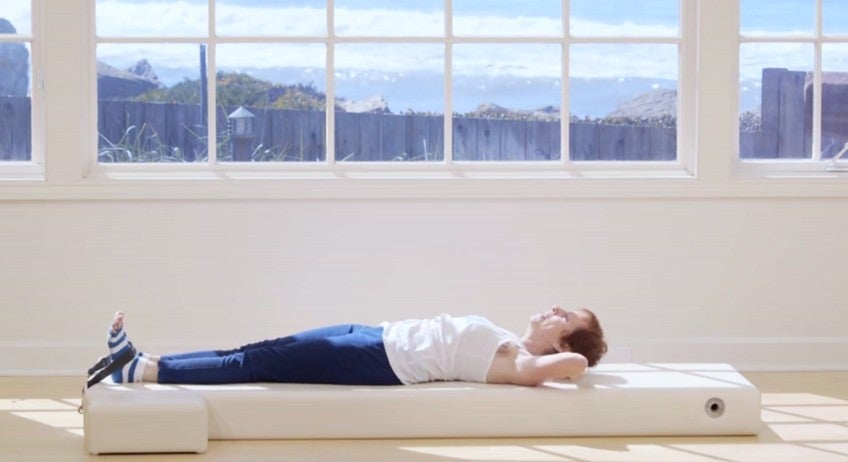 Supine
Supine: Position of the body when it is on its back. Many Pilates exercises are done in a supine position. Table Top: Position where the legs make a 90-degree angle while lying supine. The knees should be directly over the hips, and the feet should be directly in line with the knees. Thoracic Spine: The upper and mid-back. It has twelve vertebrae (T1 to T12). 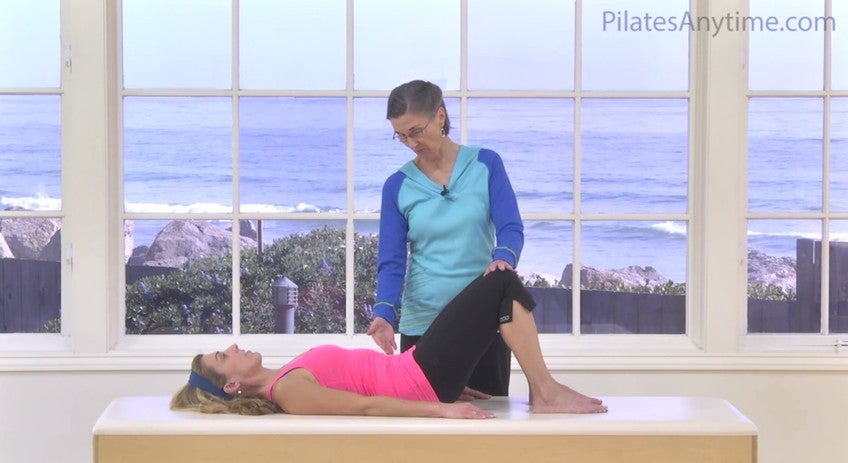 Does this answer your question?

We're glad we were able to answer your question!

If you have any feedback for us on how we can improve this answer, or a suggestion for a new FAQ please Contact Us.

Gia Calhoun
Curt ~ Thank you for your feedback. We are working on updating our beginner center, so this information is very helpful. The "big ball" you mention would be equivalent to the "fitness ball," the "squishy ball" would be an "overball," and the "foam block" would be a "yoga block." I hope this helps!

Zombina
1 person likes this.
I agree with Curt Hern - though I've been receiving pilates lessons in real life for a couple of years now, I'm new to PilatesAnytime and would especially appreciate some help in differentiating the different kinds of balls!

Lisa L
I'm looking for the translation for the acronym "GRF." I heard it several times in a recent video I viewed about, "The 100." I apologize for not being more specific with which video. Let me know if I need to go back to my list of viewed videos in order to be more specific. GRF sounded like a term that is used often. I'm a first grade teacher and there are so many acronyms in the educational field, they usually stand for something obvious, but for some reason, I'm not figuring it out, yet! LOL! Thank you!

Kate C
Lisa I believe GRF stands for ground reaction force. I first heard of the acronym in work that was associated with Judith Astons work.
Top Skip to Latest