Jillian Hessel teaches a Magic Circle Mat workout that will give you the elegance of a dancer. First she uses the Magic Circle as a demonstration of the 3 dimensional core, then you go to work using your entire body. She emphasizes lengthening both sides of the body by creating distance between your ribs and hips. In addition to the many wonderful exercises she teaches, Jillian includes the Hip Presses she learned from Ron Fletcher and the Barre exercises that she learned from Carola Trier.

If you don't have a Barre available, you can use a chair or anything stable that is a good height for you.
What You'll Need: Mat, Portable Barre, Magic Circle

Go to this Program Playlist
This Video
Jillian Hessel teaches a Magic Circle Mat workout that will give you the elegance of a dancer. Aug 24, 2013 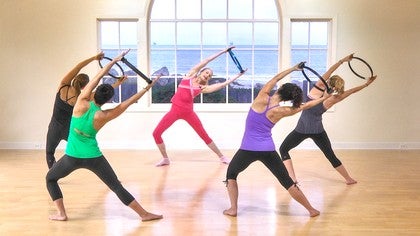 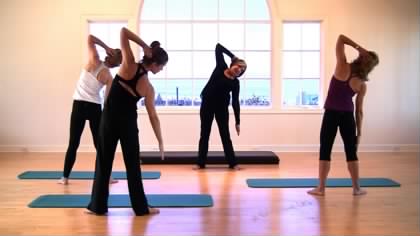 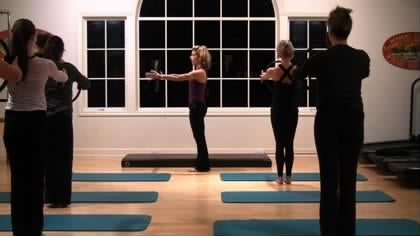 Maggie B
7 people like this.
I loved this class. I think there needs to be a new category of Class or Prop for Barre.

Mary M
1 person likes this.
I enjoyed this class as well - and would classify this class as a standing core/Barre workout rather than a mat workout.

Marcela C
1 person likes this.
Please put rhe "Dont Like" Button to allow us to say that...
It's absolutly boring.... sorry pals but I expected a Pilates Ring class, not to come back to old days to brush tendus =(
I los 42 minutes that could be TRAINING!!!

Jillian Hessel
4 people like this.
Be sure to tune into the other half of the class, which is on the mat, using the ring. Class was so long, it got split into TWO classes, so that was just the standing warmup!

Deborah Wasko
2 people like this.
I was just going to put this class into my list of favorites !Thank you Jillian :)

Amy Havens
3 people like this.
This class was incredible and will be one I come to again and again! I really felt connected and was challenged to 'be on my legs'. Mat work is great, but standing up and feeling the work in a vertical orientation is always an eye-opening opportunity! We'll make sure that we put this in the "Standing Pilates" category rather than Mat. Thanks everyone!!!

Elayne Connery T
Fun standing work. I like that laughing at the end, will use that in class to send everyone out with a smile:)

Cali Teter
I thought the instructor was going a little fast with the circle going left to right, and I ended up being a little sore the next day. That's just me though. Maybe I wasn't doing it right. I find that sticking with certain instructors works best for me because I know what to anticipate since I have taken previous classes.

Although, thanks for the laugh at the end. I am still waiting for that contract in the mail :)

Sherry B
1 person likes this.
Outstanding and lots of fun. Thank you!
Top Skip to Latest
Showing 1-10 of 34