Pilates Anytime welcomes Dawn-Marie Ickes, who teaches a fun Mat workout which allows you to explore different relationships in your body. She uses detailed imagery and props to allow you to feel the differences in your movement while you are flowing through the class. Enjoy her Teaser Combo, Push Up Prep, "Barking" Seal, and much more!
What You'll Need: Mat, Overball 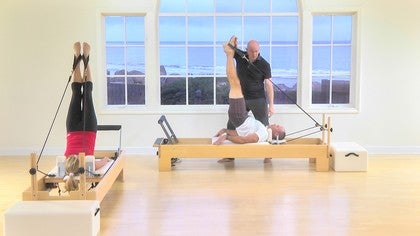 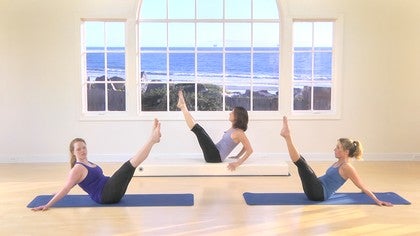 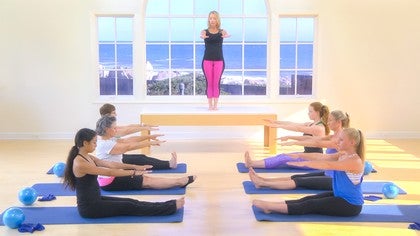 Yugonda D
3 people like this.
Thank You SO Much Dawn :)
really enjoyed this class and your teaching style !!

PILATES LOVE
1 person likes this.
Fabulous - like your sense of humour ! Like the way you
don't use music - can concentrate more !! Maybe a
standing warm up routine / some balance ideas to play with ?
Thank you.

Lisa M
Wow!! I love Dawn!! Such a great class!! I used some of the stretches in my class today and the response was amazing!! Thx for the wrist exercise!! It's so common that students need help with wrists getting overworked. Does anyone know when the next video will b out?? I'm waiting!!! :D

Jennifer S
1 person likes this.
Lovely....was looking for more with the mniball, but I got some nice gems out of this one. Love Spine Stretch SIDE your progression to Teaser, pushup tutorial, prayer hand rolls, and the barking Seal! Thank you...rockon!

Sherry B
1 person likes this.
Very nicely done! What fun! Thank you.

Christine D
1 person likes this.
Wonderful class, thank-you. The icing on the cake was the 'root' imagery at the end. Will use that when teaching singing.

Sharon C
Hi, enjoyed the class,but would have to question bridging whilst having the overball placed at the bra line?The thoracic spine is in extension and I feel it puts unnecessary pressure on vertebrae whilst returning the spine to the mat???

Trudie B
Your elbow mod for rolling like a ball meant that for the first time in YEARS I actually managed it with correct form!

Chinta B
great class. amazing flow. love you for bringing awareness to the elbow during planks.
Top Skip to Latest