Rebekah Rotstein is back and she brought an Overball with her! Rebekah uses the ball in highly original ways to integrate spiraling movements and to challenge stability. She starts the class off slowly to lubricate the joints and release excess tension, then she integrates other movement fundamentals including PNF patterns for a richer movement experience that challenges the mind as well as the nervous system. She includes many fun variations for Swan Dive, Teaser, Bicycle and so much more!
What You'll Need: Mat, Overball

Go to this Program Playlist
This Video
Rebekah Rotstein is back and she brought an Overball with her! Aug 12, 2014 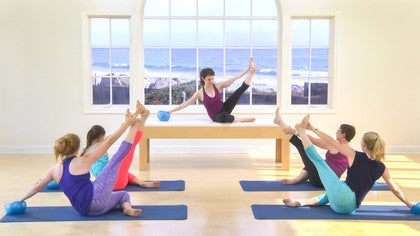 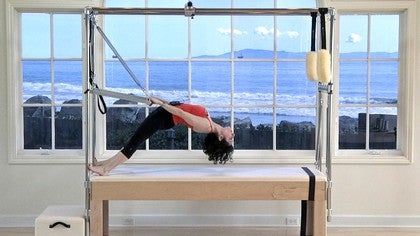 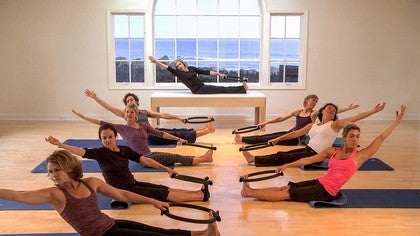 Anne P.
1 person likes this.
This class was much too short !!! I would have liked it to last forever ! Thanks for this LOVELY treat, Rebekah :))

Janja T
1 person likes this.
I agree with Anne - this class was too short! All those spirals woke up some parts of my body which were tight and I feel sooo good now! Thank you Rebekah for this nice and creative workout. I also learned some new things through your rich cueing...

Denee D
1 person likes this.
Fun and challenging, two of my favorite things. Thank you!

Kathleen S
2 people like this.
Love your positive energy. Thank you for the thoughtful use of biomechanically correct movements. Your moves find stuck places in my body, helping to strengthen weak glut med and lengthen tight psoas. Looking forward to more classes from you.

mbrown
1 person likes this.
DELICIOUS! And love the nod/inclusion of a little Laban-Bartenieff! Definitely a personal interest of mine--occasionally including other modalities.

Marie G
Nice light workout. Good to see your version of the use of the Overball.

Denise P
Beings you have osteoporosis, is this workout safe for osteoporosis clients? Or do we need to modify for those people.
Top Skip to Latest
Showing 1-10 of 21