Use a Magic Circle or small pillow as a tool to help direct your mind toward the center line of your body. In just a few minutes you can reconnect to your powerhouse, challenge your balance and improve your posture for the day.
What You'll Need: Mat, Magic Circle

Go to this Program Playlist
Spend ten minutes focusing on the principles of Balance, Center and Concentration. This s... Feb 17, 2010 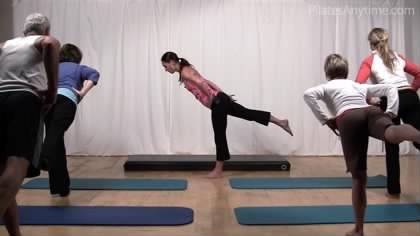 Mat - Additional Balance
Meredith Rogers
Delib. Pace
Level 2
10 min
BASI Pilates®
#98
This Video
Use a Magic Circle or small pillow as a tool to help direct your mind toward the center li... Jun 09, 2010 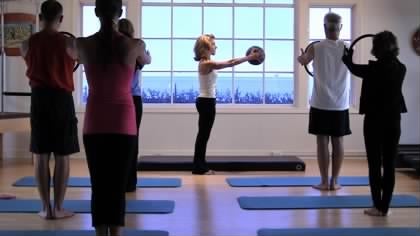 Citroen2cv
Gorgeous class, feels great. I'm currently patching together 2 or 3 standing classes (or parts thereof) to make an hour workout, and am always alert to see if you have put a lengthy standing class on the site. KCW, magic circle, any level, an hour or more would be the greatest --