If you don't have a lot of time, but want a great workout, then you will love this Reformer class by Jillian Hessel. It can be a continuation to her Mat workout, or it can be done by itself. During the class, she adds wonderful variations for Swan and Stomach Massage, which she learned from her mentor, Carola Trier.
What You'll Need: Reformer, Knee Pad

Energizing Mat
This Mat class can be a warm up for this Reformer class.

Go to this Program Playlist
Jennifer Golden Zumann shares her tips to prepare your body for a workout when you don't have a lot of time. May 02, 2014 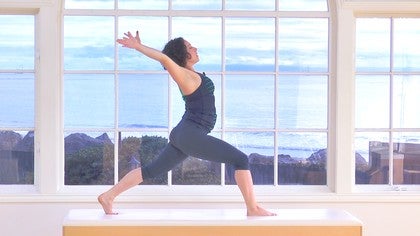 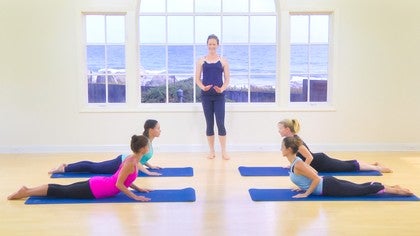 Mat Workout
Carrie Macy Samper
Advanced
20 min
Equinox Pilates
#1817
This Video
If you don't have a lot of time, but want a great workout, then you will love this Reformer class by Jillian Hessel. Sep 10, 2014 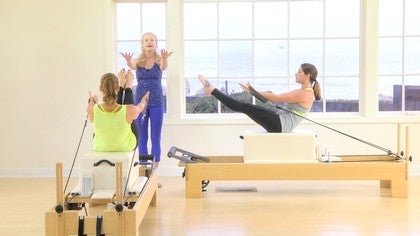 Lynn P
Love it, especially the modifications for swan on box and the preps for chest expansion and knee stretch. So helpful. Thank you Jillian.

Jillian Hessel
Glad you liked it, Lynn! It was a challenge to lay a foundation and give a full workout, all in 35 minutes. Plus, I love to do hands on guidance, but of course that wouldn't work for the folks watching at home, so I had to discipline myself not to "help" the gals doing the class!

Devra S
I love this class!

Connie M
Loved it! Thank you Jillian! I do not believe I have ever done a class with you. Will be doing more! I really liked the little precursor to thigh stretch...in fact, I kept doing them when you moved on to thigh stretch.

Rachel
Love the technique thanks!
Top Skip to Latest