This 16-minute class uses light weights (2-3lbs) though can be done, and may be preferred, without weights. In this short section, the whole body does get worked but the emphasis is on the shoulders, upper back, and balance. Please mind the tension in your neck.
What You'll Need: Mat, Hand Weights

Go to this Program Playlist
Tone and strengthen your arms while addressing your posture in this classical arm weights ... Apr 19, 2010 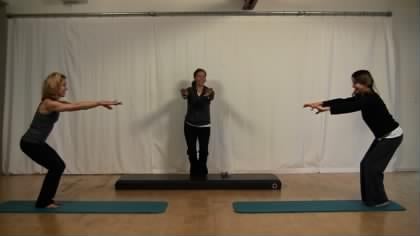 Additional Arms
Adrianne Crawford
Beginner
10 min
Romana's Pilates®
Mat
This is the classical Wall Series. A terrific way to wake up your back after a long day o... Jun 08, 2010 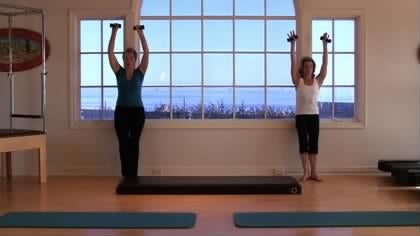 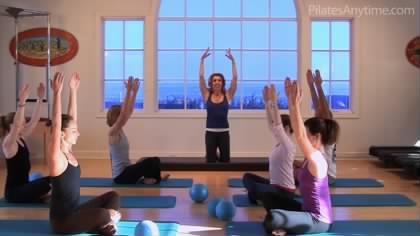 CJ
Thanks kristi for this class. I love it. blanche.

Vivi J
Why I cannot watch the whole class ?
How can this routines make tension on the neck ?
I don't see the correlation here.
Thanks.... great class....

Julianne H
Great class - thanks so much!

Andrea C
Was it 20 minutes? I liked it but wished it was a little longer.

Kristi Cooper
Andrea you're right, it was only 16 minutes. When we describe our classes, 15 mins is not one of the options to choose from because they are so rare. Based on your feedback, I have stated in the description that the class is 16 mins and not 20. Thank you.

Nicole D
Really enjoyed this segment. Where can I find the complete class?

Gia Calhoun
Nicole ~ Here is a full Mat class by Kristi with the Hand Weights. I hope you enjoy it!
Top Skip to Latest