Work on smooth and fluid movement in this Franklin Method® inspired Mat workout with Tom McCook. He uses the Franklin Band and Magic Circle to get feedback about the oppositional pull needed to stay in tune with the group. All of these movements include an element of mindfulness and control that is a result of the feedback you get from working in a group and with these props.

If you are working without a group, you can put your Theraband around a fixed object such as a doorknob or pole to do the exercises that used the Magic Circle.
What You'll Need: Theraband, Magic Circle

Mat Workout
A Franklin Method-style warm up to prepare you for class.

Mat Workout
Take inventory of your body in this Mat class using the Franklin Method®.

Go to this Program Playlist
This Video
Work on smooth and fluid movement in this Franklin Method® inspired Mat workout with Tom McCook. May 30, 2016 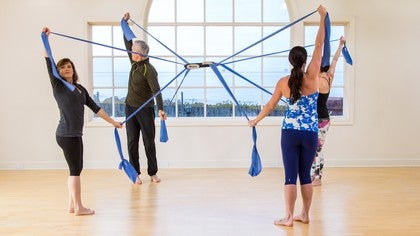 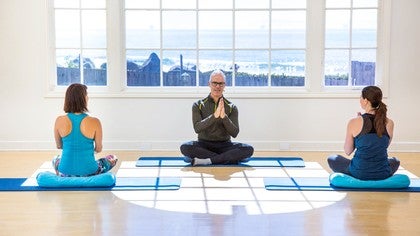 Embodiment Meditation
Tom McCook
Level 1
15 min
Balanced Body
#3628
In this Mat workout,Tom McCook incorporates some of the Franklin Method® so that you can go into a feeling state. May 21, 2016 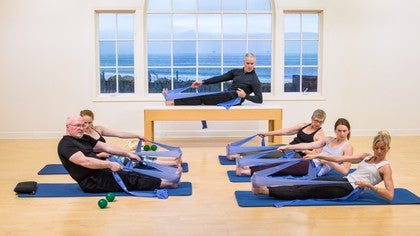 Anne-Marie S
I can't wait to take this class! I have that exact super long Franklin band! Excited to use it again!!

Anne-Marie S
Yep. I knew I'd love this class! My legs were shaking and I worked up a sweat. Thank you for another great class Tom. Loved working with this band in such creative ways:)

Hwanii K
Wow very creative and interesting class. Thank you for inspiring me.

Taghrid K
An amazing creative class, felt like quite a tough but fun workout. Thank you again and again Tom.

Yarden E
1 person likes this.
Tom, this was a great and fun workout! did it to my class last Friday and they loved it!
Thank you :) 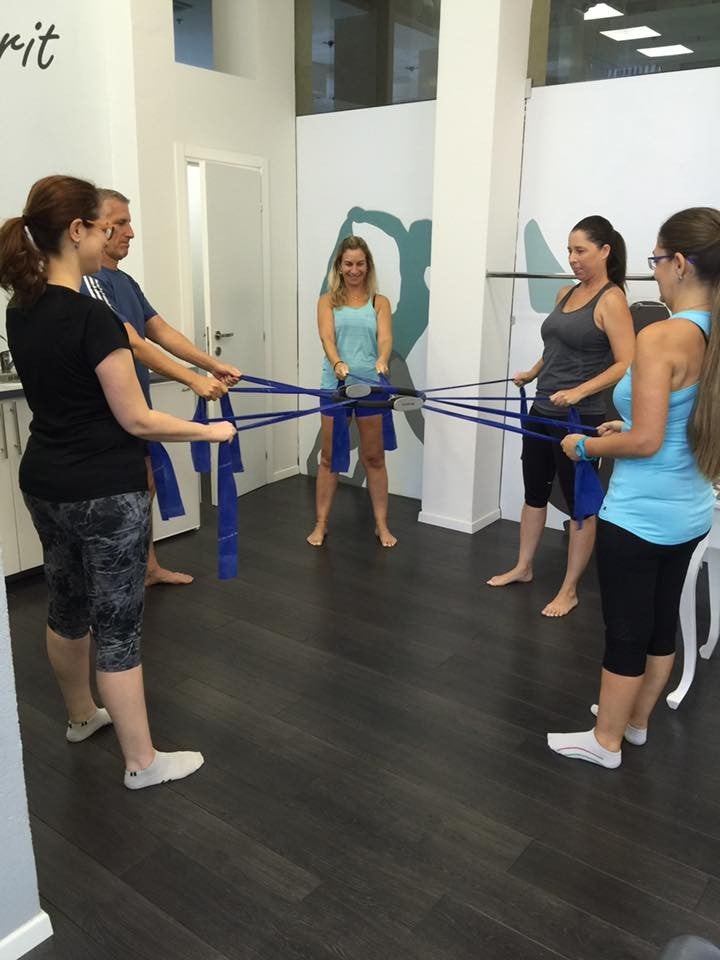 Antoinetta D
How long are your bands?

Tom McCook
Hi Antoinette, In the class the bands are 11 feet long. They're Franklin Method Bands and you can get them at OPTP.com in the Franklin Method section. You can also use shorter bands, the longer bands give you more room. Enjoy!