The dolphin play outside while we work hard inside. This class is taught in the style of a BASI Flow™ class. It includes a few variations Kristi doesn't teach that often, as well as a slightly faster pace than is common if you are accustomed to taking her class. Exercises to be practiced include Rollover, Neck pull, Side bend, Swimming, and Boomerang. (Scroll to 5:42 and see the baby dolphin jump out of the water).
What You'll Need: Mat

Go to this Program Playlist
This Video
The dolphin play outside while we work hard inside. This class is taught in the style of a... Sep 26, 2010 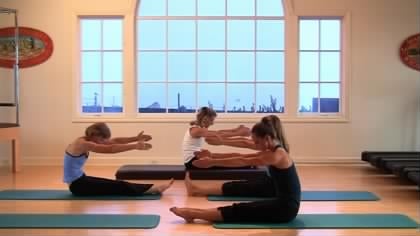 Mat Workout
Kristi Cooper
Level 2/3
50 min
BASI Pilates®
#276
Watch Next
An intermediate BASI workout with some variations on some of the basic exercises as well a... Sep 18, 2010 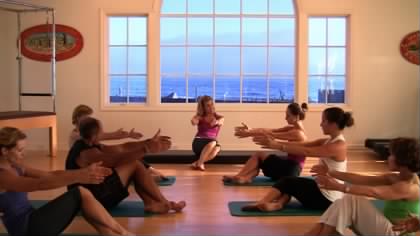 Mat Workout
Kristi Cooper
Level 2
55 min
BASI Pilates®
#252
Kristi does her best to meet the many requests of this skilled group of partipants in clas... Sep 06, 2010 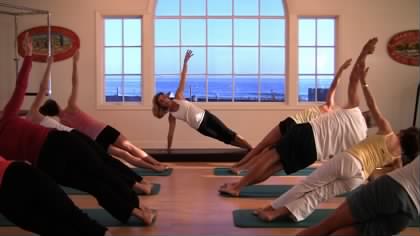 Helen B
Another great class. I really enjoyed the faster pace, which made me work hard!! It's so great to be able to receive this standard of pilates in your own home 24/7. Thanks for a great site. And yay to the dolphin!!

Amy Stout
Love this class and site. I am a new-ish instructor, and find the workouts challenging, and creative. Cueing and variations on excercises are inspiring and so helpful to me. Thanks so much.

Catherine K
I seem to be working my way through every mat class by Kristi because she is just my favorite instructor. I loved the faster pace of this one.

Kristi Cooper
Thank you so much Catherine! I hope you continue to find classes of mine that suit you and I always welcome feedback.
Skip to Latest