In this Strength and Balance class, participants use light weight (2-3 lb.) hand weights and a stability ball. This is a great class for increasing muscle tone in the arms, hips, legs and of course abdomen. Layla focuses on higher repetitions in many exercises expecting you to gradually build endurance when an extra challenge presents itself. We predict you'll want to take this class over and over again. The challenge is there for all and it is a whole lot of fun!
What You'll Need: Mat, Hand Weights, Fitness Ball

Go to this Program Playlist
This Video
In this Strength and Balance class, participants use light weight (2-3 lb.) hand weights a... Oct 25, 2010 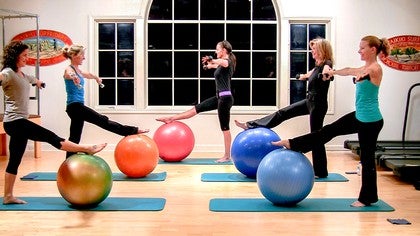 Mat Workout
Layla Khashoggi
Level 2/3
50 min
Madeline Black Pilates
#296
Watch Next
In this 50 minute Mat class, Amy moves you through a classical workout at a deliberate to ... Nov 02, 2010 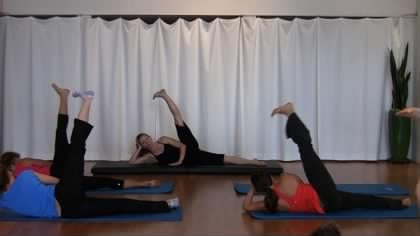 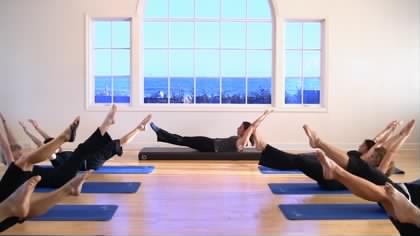 Elaine F
Wow love your workouts- soooo invigorating!! I will repeat this class again and again. You make the workout with your props so much fun. Please instruct more classes on this site! I love and look forward to all your classes.

Layla Khashoggi
1 person likes this.
Hello Elaine! You are dedicated! Love it!!
This was a fun class to do, and I'm so glad you like it. I'll be working on another

Lisa B
Wow! Didn't think I could get a good workout at home. Excellent overall body workout. Great class!

Layla Khashoggi
So glad you got a good workout right in your own home! That's the great thing about Pilates Anytime... YOU get to choose the time, the place and the challenge. Hope we can do it again together soon

Layla Khashoggi
Hi Colleen- Pilates LOVE.... isn't it FUN?? Pilates allows us to explore the playground of our physical form in so many ways. Glad to have you aboard

Zeena Dhalla
I LOVE the mix of things... I didn't need the hand weights... maybe in a few weeks once I'm stronger in this area. Thank you Layla!

Layla Khashoggi
1 person likes this.
You are so welcome, Zeena. You are so smart to modify what you need to do and build into more strength from a solid foundation. Precision and Control should be first, strength and endurance will follow. Keep up the good work

Janice W
Hi layla, I have not used my ball in a while so really had fun with this !!! very challenging!!!!

Layla Khashoggi
Hi Janice- Glad we could dust off the prop and give 'er a drive! The props can really be so useful in refocusing our awareness, can't they? Thanks for playing