It's almost like a private lesson! Take your first Pilates class with another new student. Kristi takes the insecurity out of starting your Pilates practice by inviting you to participate while she guides another beginner through class using the fundamental exercises. There is a lot to learn here even if it isn't your first class.
What You'll Need: Mat

Pilates for Men - Playlist 1: Getting Started

Go to this Program Playlist
This Video
It's almost like a private lesson! Take your first Pilates class with another new student... Dec 27, 2009 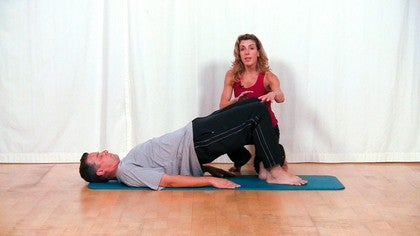 Mat - The Basics
Kristi Cooper
Level 1
25 min
BASI Pilates®
#31
Watch Next
This class is geared towards the men. Recognizing that men commonly have tight hamstrings,... Oct 07, 2010 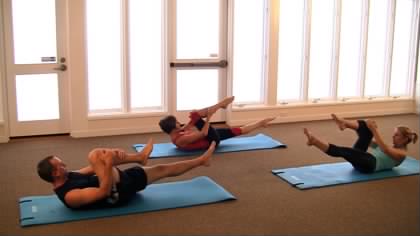 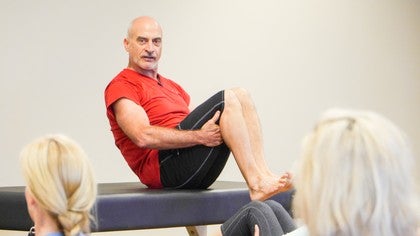 Bessie Daniels
2 people like this.
wow! I felt great after just 1 session.

Jinn N
4 people like this.
I've taken several beginner classes, but I learned new things from this one as well. It was nice to see a new student doing the moves; I made several of the same mistakes and as she corrected him I learned quickly. :)

Jessica B
2 people like this.
awesome beginner video.. i liked that she made the corrections so I could be aware of if I was doing the same. Felt pretty good just after this!

Janis F
1 person likes this.
great instruction! Good to review basics when starting off with new clients. you do a wonderful job!

Sara W
It felt great. Relaxing and yet effective, even as basic as it was.

Jessica M
4 people like this.
So great! I recently got my Pilates Certification, and even more recently began teaching. I struggle with explaining the fundamentals, because I feel like I am being too wordy....But I know it's so important!. This is such a fantastic video!!

Hannah M
2 people like this.
Jessica ~ Congratulations on your recent certification! If you are looking for some great instructors teaching classes for beginners, I would check out our Beginner Playlists by some of our regular instructors. This Workhop by Julian Littleford also guides an instructor on how to best teach a first-time Pilates student. Good luck!
Top Skip to Latest
Showing 1-10 of 47