This class utilizes a light theraband to increase awareness of the powerhouse an challenge our bodies differently. In addition to working the whole body, class includes extra attention on the shoulders and the feet. Use of a band is preferred, but a towel or yoga strap can be substituted if necessary
What You'll Need: Mat, Theraband

Go to this Program Playlist
Kristi provides a template to a level 2 Magic Circle class encouraging you to put the desi... Mar 12, 2010 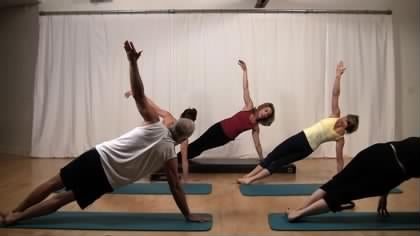 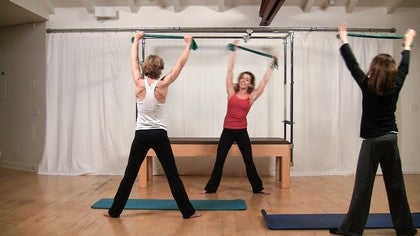 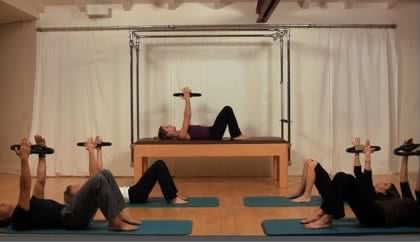 Elaine F
Christy,
Loved this class because I love using props to stretch -like the band.My daughter said there was a class someone taught on exercising your feet. Are you going to put that class on Pilates Anytime.com?I have arthritis in my feet and would love a class that would help this problem.

Kristi Cooper
Great to hear it Lindsay. Keep it up!

Isadora B
Hi Kristi. This video won't run for me. I've never had any issues with any other videos. Any ideas? Thanks!

Hannah M
Isadora~ I would recommend restarting your computer and then watching this class in Low, a video quality option located below the video player. I had a few problems with it in Auto-Detect and HD, which I am discussing with our video editor, but it played alright for me in Low.

Marijan G
watching your class here from Germany, and like it very much!

Zofia R
so glad I found this one - an oldie, but a goodie!  Thank you!!
Top Skip to Latest