The #1 complaint of most clients is stiffness, stiffness, stiffness. To remain youthful and vibrant, we must move with a spine that is flexible, articulate, and strong. Therefore, this class will focus mainly on correct alignment, balance, and flexibility. The ability to move gracefully through space, with agility, poise, and inner power. We will do exercises to increase flexibility, articulation of the spine, and strength helping you to feel younger and move in a body that is agile. Enjoy!
What You'll Need: Mat

Go to this Program Playlist
This Video
Distinguished instructor and founder of The Sheppard Method, Risa Sheppard joins Pilates A... Mar 12, 2012 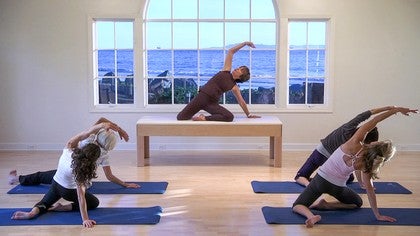 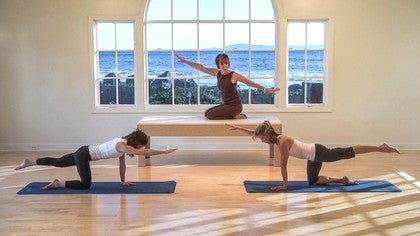 Mat for Baby Boomers
Risa Sheppard
Beginner
45 min
Sheppard Method
Mat
Welcome back to Risa Sheppard who teaches a Reformer workout that she learned from Ron Fletcher in 1975. Oct 19, 2013 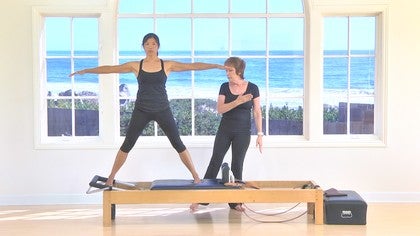 Kelly F
Risa thank you for this class. I appreciate your connections to life and how living affects our bodies. As a 43 yr old woman I've had and have my issues with body image and its ripple effect.

Risa Sheppard
Haven't we all! I appreciate your comment! Thanks,
Risa

Donna H
4 people like this.
not a level two, boring

Judy C
Risa wonderful to see you here at P.A. I missed out on your session at Palm Springs at the PMA which sold out, I was too slow in registering. Now I have it here in my little home studio. I love your attitude, your work and your vitality! Love You Risa!!! Congrats!

RT
I felt lighter in my body and mind after this relaxing workout..thank you!

Kerry
Very good class and information, but compared to the other classes on PA not a level two and not Moderate pace. Should be level 1, Deliberate.

Risa Sheppard
3 people like this.
Dear Kerry
Thank you for your feedback. One can always make a session more challenging by resisting and controlling deeper within the muscle and elongating . The more
control and flow within the body the more challenging.
Form is foremost.
One should be able to make the simplest movements challenging. Good luck and again I thank you!

Kerry
Hi Risa
Yes, thanks, I am aware of all that. The point of my comment was in relation to the other classes on the site.
Top Skip to Latest
Showing 1-10 of 37