Monica teaches a traditional Mat class that gives you a total body workout. She takes you from the floor to standing, while using the Magic Circle, so you connect to your powerhouse. Monica also adds a special twist to the Teaser to give you a great challenge!
What You'll Need: Mat, Magic Circle

Go to this Program Playlist
Monica teaches a traditional Mat class that gives you a total body workout. Mar 19, 2013 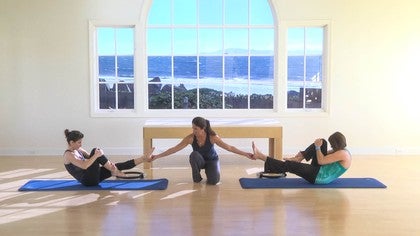 Mat Workout
Monica Wilson
Level 2/3
45 min
Romana's Pilates®
#979
This Video
Just when you thought Monica only taught beginner and prenatal classes she brings us this ... Dec 27, 2012 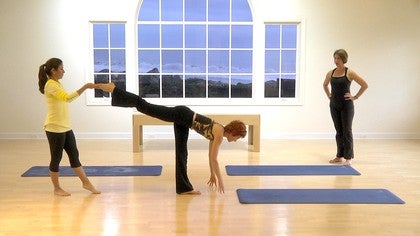 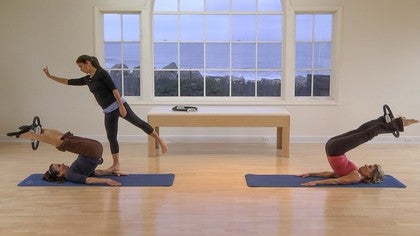 Ines P
Thank you Monica, i love your classes!

Monica Wilson
Thanks! If you ever want to see/do something specific, please let me know:)

Jennifer S
Thank you for the reminder on the wonders of the ring! Especially loved the emphasis on squeezing & relaxing on the ring, teaser treat, standing ring work, and the ending butterfly-ish stretch. Thank you - can't wait to share

Cigdem A
Traditional pilates makes me feel more secure for how to perform the exercises; which movement is going to be the next and with clarity of your cueing ,sessions flow so easily...thank you Monica
Top Skip to Latest