Start Position: Lay flat on back with hands placed palm over palm at the base of the neck. Bring both knees into the chest and curl the head and shoulders off the Mat.

Precautions: Ensure that the hands are not pulling on the head and that the shoulder blades remain lifted off of the Mat.
What You'll Need: Mat 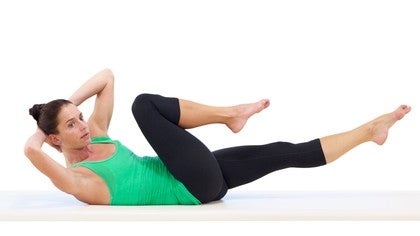 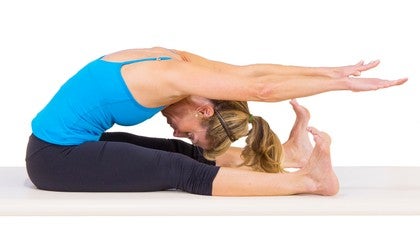 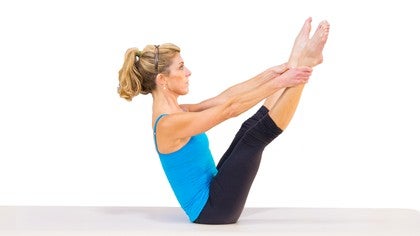 ELake
Hi there!
I would love to know if for exercises such as Criss-cross or abdominal exercises - such as the 100 (when your upper back and legs are off the floor) should your back be in neutral or imprinted flat into the floor?
Many thanks!

Maktub
1 person likes this.
I Love your instructions and how real you are Amy!

Kristi Cooper
Maktub, I love the compliment, mostly because you mistook me for my dear friend Amy who is as real and natural as it gets!

Tanya B
Hi!  Still watching these to see how the experts do it so please don't take them off!  Great clear instructions.  Thanks
Top Skip to Latest