Tightness in Low Back

This video includes short demonstrations of common modifications used to help alleviate pain or discomfort for people with tightness in the back, specifically the lower back.
What You'll Need: Mat, Towel 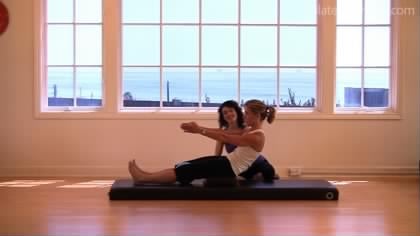 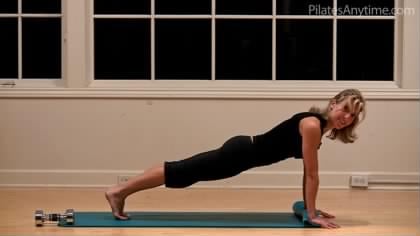 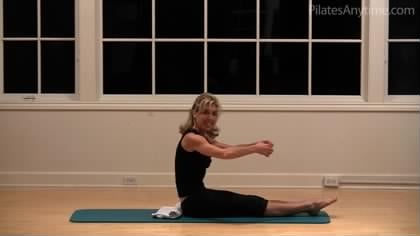 Helen O
Thanks so much, Kristi, will definately try this!

Laura C
1 person likes this.
This is very cool! Thank you Kristi!

Pilates Tot
oh wow...someone actually addressing the lower back...wow, that hasn't happened yet (from of the videos that i've watched)...the towel didn't work for me though...legs still kept coming up when rolling up/down

Kristi Cooper
Love surprising folks who think we might not! Sorry this tip didn't work for you, but thanks for continuing to look around Pilates Tot! You may play around with the placement and size of the towel as a means of feeling more successful with this one.

Karen S
Can this work for teaser help, as well?

Kristi Cooper
Karen I think it is a little harder to do a teaser this way, but I do think it can help. For me, it is about finding that balance point first (before the legs come up). I'd suggest placing the towel as you would a roll up then bend the knees to elevate and straighten in the up teaser position. From there roll down pushing into the towel but maybe not all the way to flat. It may just help you get stronger where you need it most, but I'm not sure it is great for a a full teaser.

Thierry U
Tank you kristi. It works very well!! It helps me To do the roll up quite easily
Thierry

Patty Hafen
Thank you for these thoughtful tips.