A Movement of Movement

A Movement of Movement: the Essence of Pilates is a documentary film about the philosophy, lifestyle, movement, and world of Pilates, examined through the lens of non-fiction cinema to create a blend of reality and art. It captures the true essence of Pilates, beginning with the creator, Joseph Pilates, and follows the growth of the movement as expressed through the eyes of elders, world renowned Pilates instructors, and everyday people who have been transformed by the method.

Almost every lifestyle, sport, and activity has that one film that brings everyone together. Whether it’s to remind them why they love what they do, or to inspire new people to become a part of the community, that film provides an everlasting source of inspiration. That is what A Movement of Movement is. We are living in a historical movement, a phenomenon of human experience. Pilates has changed the world. The movement is about us, it’s about today, and it’s about exploring our full potential.

Go to this Program Playlist
This Video
A Movement of Movement: the Essence of Pilates is a documentary film about the philosophy,... Jun 06, 2014 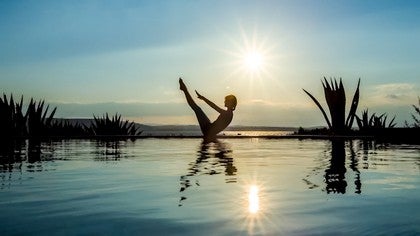 A Movement of Movement
Mark Pedri
5 Chapters
90 min
Non Pilates
#1723
Workshop $35
Jillian Hessel shows you how to get the most out of your training sessions on the Cadillac... Jun 06, 2014 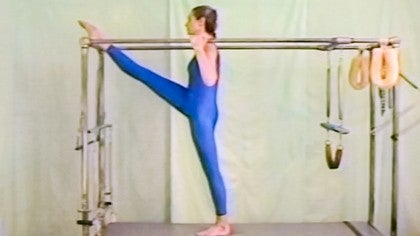 Cadillac Techniques
Jillian Hessel
50 min
Jillian Hessel Pilates
#1819
Workshop $45
On this DVD, learn how Carola Trier came to meet Joe, and how her own teaching and special approach to the work evolved. Dec 27, 2013 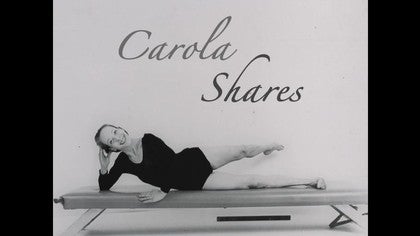 Jitka R
Hi :) a question ...
Will I be able to download this movie from your website ?
I see that the DVD is being sold on Amazon at the same cost.
Thanks for your response !

Maria Wheeler
Jitka ~ the movie is not available for download from Mark's website but you can purchase a DVD there.

Lynn P
So perfectly sums up everything about Pilates and life. Wonderful.

Mark Pedri
Hi Jitka. Maria is correct. Right now the only digital version of the film is here on Pilates Anytime.

Jitka R
1 person likes this.
Thank you so much for your response and clarification !!!

Cris Lima
Hi can I see more than once?

You are free to watch as many times as you like.

María de la Paz V
1 person likes this.
thanks for this opportunity to see this testimony of great courage and strength of the method. it's amazing. I love it! Wow !

Kathleen S
2 people like this.
Purchased the DVD from PMA. Excellent presentation of the inspirational values of Pilates, for the world. Mark Pedri is an artistic genius to compile the concepts of J.H.Pilates, for all of us who live his work. Viewing brought tears to my eyes...and life into my soul.

Loretta H
Hi, can I purchase bulk copies of the DVD to onsell or give away to clients. I've tried emailing the website, but have not got a response, thanks
Top Skip to Latest
Showing 1-10 of 17