In Pilates, we take the lessons that we learn in the studio home with us. In this tutorial, Jenna Zaffino explains how we can find ways to take aspects from our daily lives back to the studio in a positive way. She shares how she engages in self support to find the energy to help her thrive in life and in the studio.
What You'll Need: No props needed

Go to this Program Playlist
This Video
Jenna Zaffino shares how we can find ways to take aspects from our daily lives back to the studio in a positive way. Oct 30, 2016 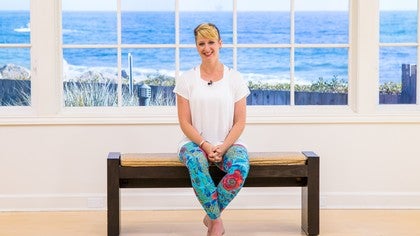 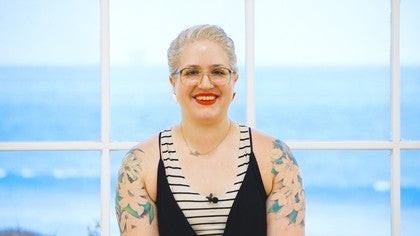 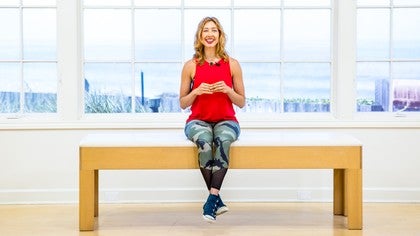 Ingrid J
Thank you so much for your suggestions! I often wonder if somebody else feels this way, and I'm so glad you do! So appreciated your words of advice and encouragement! Thank you again! You made such a difference!

Julia T
1 person likes this.
Thanks for sharing this! I think many teachers struggle with finding time and energy to care for self , and it is nice to have that addressed!

Jackie H
Thanks for sharing. Good advice for all to think and do more often!

Ronnie G
1 person likes this.
Thanks Jenna you are a wonderful roll model.

Patty Hafen
I think many of us can relate to what you are saying here, and I thank you for acknowledging this "dilemma" of not having time to take care of ourselves and to fill ourselves up. Very wise advice - thank you.

Len P
I like the simplicity of this, visualizations and drawing from what you already do and enjoy to create a practice. Thanks for sharing!