Why does space matter and how does that connect to movement? In this tutorial, Jared Kaplan shares insights and strategies for how you can smartly use the design of your space as your "secret sauce" for a better session. He also demonstrates how you can use props to help clients connect the dots so they can focus on their bodies in their environment.
What You'll Need: Triadball, Pilates Pole 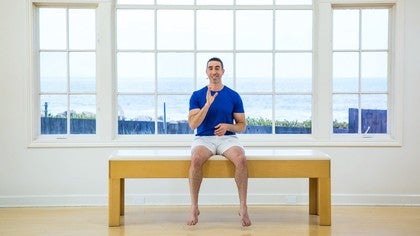 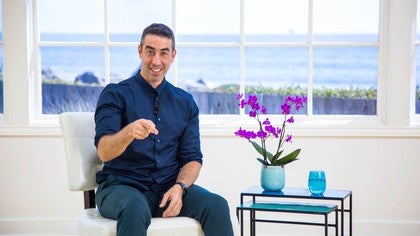 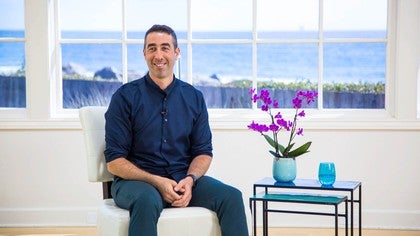 Jared Kaplan
LOL Ewa : right?! Glad you enjoyed!
Let me know the reactions you get when you share them with others!

Bonnie L
1 person likes this.
Really enjoyed this tutorial Jared! Thanks for the great tips!

Jared Kaplan
Thanks so much Bonnie ! I'm so glad it was useful. Did any tips stand out for you today?

Bonnie L
1 person likes this.
Yes! I just went out and bought a plant for my studio today!! And I use tons of props with my students but have never tried the the half balls! So can’t wait to try those. Like how you can challenge stability and mobility with them!!

Jared Kaplan
Amazing Bonnie - love hearing that! The studies on plants and their impact on health, breath, and the nervous system are encouraging - and so simple! There's some good research on which types of plants are best for a Studio environment - but anything is a good start. I'll be curious to hear if any of your students comment on it. And the half-balls are a game-changer for re-wiring the body from the ground up. Enjoy!

Karen E
3 people like this.
My studio is large and has lots of plants and my clients love it! I even get gifts of pot plants for the studio! I love my space....tending to my plants between classes and clients is also relaxing for me! Love using props for sensory feedback especially the soft ball for thoracic extension....my clients favourite!! Thanks loved the info!

Jared Kaplan
Morning Anna and Karen : Thanks for the

! I'd love to hear which changes you're thinking of making to your Studio inspired from the tutorial? That seriously makes me so happy!
I hear you on the calming and grounding impact of taking care of plants in between sessions Karen - my clients + coworkers sometimes have to drag me away from my plant walls at Studio 26. Thoracic extension with a soft ball is a go-to keeper for sure: try adding the small rotations to dial up multiple planes too, it feels great. The small half-balls are awesome, innovative and versatile. Programming sensory challenges and input via the feet to prepare for closed chain work like this is a great way to ground clients and connect them immediately into their session. Thanks for watching and your feedback - more videos are on the way. Enjoy!