This is the story of how a little, grey pup, Horatio, came to find his true purpose in life through exploring movement in a Pilates studio. The discoveries Horatio makes through movement allow him to see that the parts of himself he once thought were flaws are actually what makes him special! 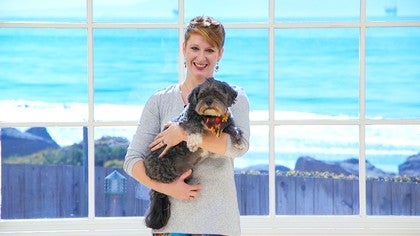 Pilates For Kids
Jenna Zaffino
Introduction
4 min
Non Pilates
Introduction
Get ready for a lot of fun! Jenna Zaffino presents a special book reading of her book, "Horatio Moves" along with the star of the book, Horatio. Dec 18, 2015 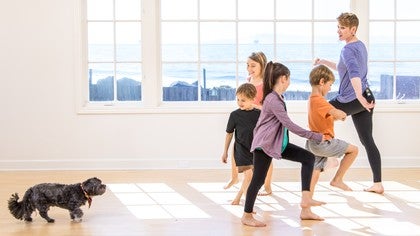 Kristi Cooper
v12293, the book is meant to be audio only. Your feedback has shown us factors that might make that confusing so we are working on that. Thank you!
In the meantime, you can actually watch Jenna Zaffino reading the book to children and Horatio present in this video.
Horatio Moves!

Melanie M
Is this book still available?  The link to the website is not working.

Gia Calhoun
Melanie M ~ I just tried the link and it worked for me. If you have trouble opening it, please email us at support@pilatesanytime.com and we can help you.

Melanie M
Gia Calhoun - I was referring to the external link shown on the page of the audiobook that goes to horatiomoves.com. Did you get that external link to work?

Gia Calhoun
Melanie M ~ Yes, that's the link I clicked on. It took me to the Amazon page where you can purchase it. I think the horatiomoves.com website no longer works, but the link that takes you to Amazon should still be active. I hope this helps!
Top Skip to Latest