You will improve the positioning of your neck and head while you are moving with this quick tutorial by Dana Santi. She discusses the differences between male and female bodies, sharing how the points of stability are not in the same place. She then moves on to show how to keep the shoulders wide so that you can find the correct position for 'chin to chest' and other movements.
What You'll Need: Mat

Jamie K
1 person likes this.
I am trying to understand if you meant this tutorial for men only, or does it also apply to teaching women the same way?

Teresa
Same as above

Keren
Thank you Dana. The ear cueing was great and made sense. not sure I understand the goal and rhe purpose by keeping the blades together. any way it is very inspiring  to know that you actually take everything from Joe by trying to understand the original metrial and his intention!

Anthony Lett teaches a Hip Flexor Release in this tutorial. The Hip Flexors are important... Dec 27, 2013 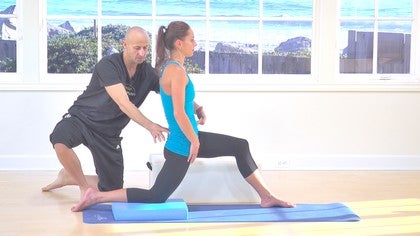 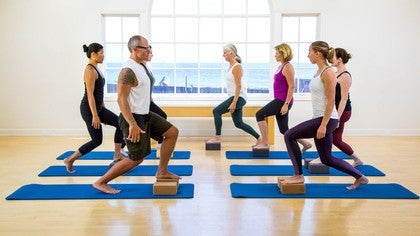