For the past two years, Pilates Anytime and Pilates Style Magazine have come together to co-host the party of the year at the Pilates Method Alliance conference. The 2012 PMA Conference was held in Las Vegas, so we rolled out the red carpet, donned our sequins and feathers and partied the night away in celebration of Pilates.

For the second year in a row, the talented Tracey Mallett brilliantly and beautifully hosted the interviews on the red carpet. In a manner of seconds, Tracey managed to get some of our most distinguished instructors to reveal their source of inspiration for teaching, where they hope the Pilates community is headed at large and how Pilates has changed for them over the years.

It's always a good thing to celebrate the gift of Pilates, but it's even more fun when so many can do it together. The party may be over, but we'd still like you to step inside and share in the fun with us.

Click here to view more photos from inside the party and the Red Carpet.
What You'll Need: No props needed

Go to this Program Playlist
At the 2011 Pilates Method Alliance Conference in Palm Desert Pilates Anytime and Pilates ... Jan 02, 2012 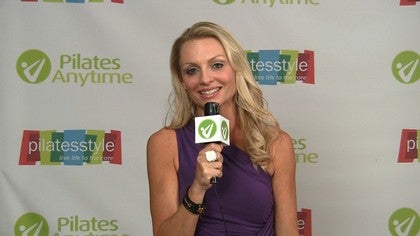 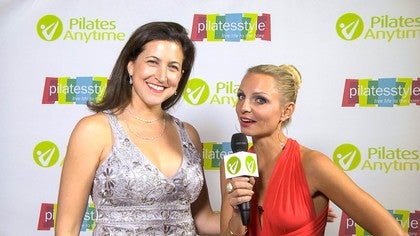 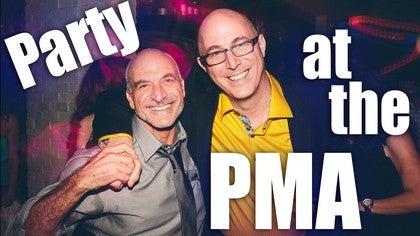 CJ
THAT WAS BEAUTIFUL. ALL OF YOU HAD A GREAT TIME. I WAS THERE AT LAS VEGAS FOR MED. CONVENTION WITH MY HUSBAND. I LOVE THAT SPOT. SO MANY GREAT PILATE TEACHERS. I HOPE YOU WILL DO IT AGAIN NEXT YEAR. MAKE SURE YOU HAVE A LONGER PICTURE OF YOU GUYS HAVING A PARTY. IT WAS TOO SHORT FOR ME TO WATCH. I NEED MORE OF IT. I ENJOYED EVERY MIN. OF IT. THANKS AGAIN FOR SHARING IT WITH US. blanche.

Carrie S
1 person likes this.
Oh my.......who are all those beautiful people!! Who is that blonde with "poofed" up hair and a lime green dress? I think she belongs in Hollywood......the "other" red carpet!!!

BTW, you looked beautiful that night!

Tasha C
1 person likes this.
Too bad we couldn't all attend.....looks like a great time!!
Here's a toast to all of you that work so hard putting Pilates out there to the world!!!

Elayne Connery T
1 person likes this.
Thanks for posting this. I just got around to watching and it is enjoyable to see and listen to Tracey and the various teachers.

Erica V
Tracey: you are funny! Nice interviews.
Loved how the overall message was: unity.
Top Skip to Latest