Workout out with both Kristi and Meredith in this Reformer class. Kristi cues you through a solid level 2 class that includes a short warm-up on the Reformer carriage, followed by a standard BASI Pilates® intermediate workout. The class flows at a medium pace with only a few pauses when certain aspects of an exercise are being emphasized
What You'll Need: Reformer w/Box

Go to this Program Playlist
This Video
Workout out with both Kristi and Meredith in this Reformer class. Kristi cues you through... Feb 20, 2010 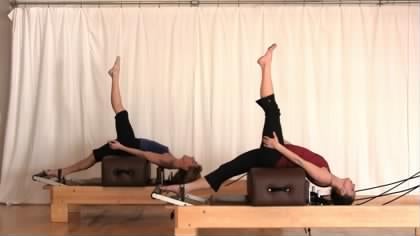 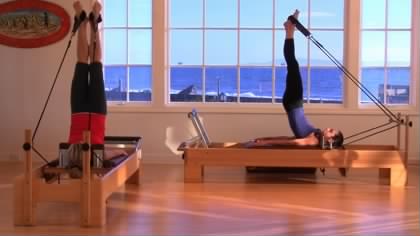 Advanced Reformer Flow
Meredith Rogers
Advanced
45 min
BASI Pilates®
Reformer
In this Reformer workout taught by Meredith, you can work your whole body and have fun in ... Sep 07, 2010 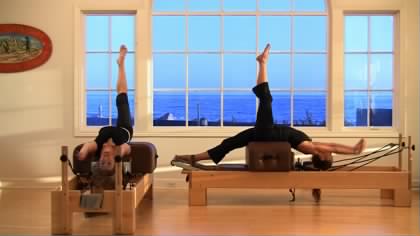 Elizabeth R
Kristi- That was a great, balanced workout. Your sideovers were precise and beautiful!

Rachael C
Thank you Kristi! I really enjoyed this workout. I'm starting BASI training in March and really focusing on your cuing, which I find really insightful. =)

Kristi Cooper
Rachael ~ You've been with us a long time, are you beginning a teacher training for the first time? I'm so happy to hear you will be working with the BASI program. It's a lot of fun. Enjoy and good luck!

Rachael C
Yes, this will be my first teacher training. I can't wait to begin! Thank you so much for PA Kristi, I am learning so much from you. =)

Kristi Cooper
It's my pleasure Rachael.

Patti S
Thank you Kristi and Meredith, another great class from the treasure trove-really like the climb a tree here

Lori Z
I really enjoy your cues, they are precise and make a great difference!

MsNicole
I have always wondered what is the point of the "climbing the tree" series.  Would you elaborate what that whole series is for?
Top Skip to Latest