In this Mat workout with Jillian Hessel, you will find length in your body while you are strengthening your body. She adds the Magic Circle to exercises like Swan Dive, Open Leg Rocker, Side Kicks, and more. Jillian also adds a few of the nuances she learned from Carola Trier.
What You'll Need: Mat, Magic Circle

Go to this Program Playlist
This Video
In this Mat workout with Jillian Hessel, you will find length in your body while you are strengthening your body. Aug 29, 2013 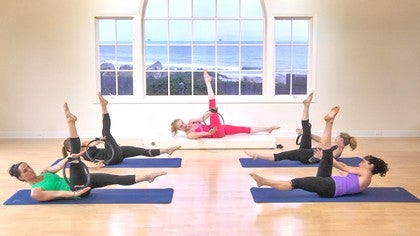 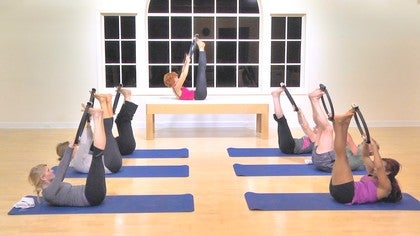 Magic Circle Powerhouse
Niedra Gabriel
Beginner
55 min
The Pilates Guild
Mat
Get ready to feel the burn with the Magic Circle in this Mat workout by Brett Howard. Aug 02, 2014 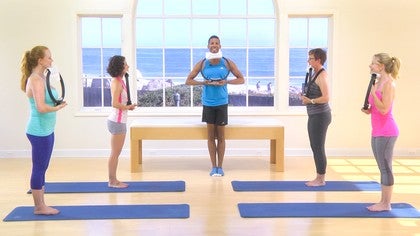 Elaine P
1 person likes this.
Amazing when an instructor totally sticks to the method and adds her own creativity Love It!

Esta M
2 people like this.
nice class, not hard at all but you feel that you worked!

Candace A
Super, just what I needed a little ring blast.

Marisa J
1 person likes this.
Fantastic! I feel completely rejuvenated after that class. Great working with the ring as well.

Jillian Hessel
Thanks Marisa, for taking the time to write your positive comments on my MC class! Hope you will enjoy another class with me soon, Best, J
FYI, I am VERY excited to announce I will be offering several courses in 2014 through Balance Body's Passing the Torch Program:
Passing the Torch w/ Jillian

Sunni A
This was just delicious, did it right after he staying magic circle class.... I feel amazing;)

Vicki K
That was lovely! Loved the work with the magic circle, nice flow.

Dawn D
Great class! I really love meeting new teachers I haven't tried before and doing other classes by them!