Suzanne Gutterson teaches a creative Mat workout using a Theraband to simulate a Reformer (or other equipment) workout, which is great for those who don't own a Reformer but want to create the same sensations in their body. You do not need the portable bars shown in the video, but simply need something sturdy around the house that you can slide a Theraband around. Enjoy movements to open up the upper back, oblique and abdominal work, and challenge through exercises such as a Jackknife into Short Spine.
What You'll Need: Mat, Portable Barre, Theraband

Go to this Program Playlist
Enjoy the insightful cues of Master teacher Michele Larsson as she teaches this intermedia... Jun 09, 2012 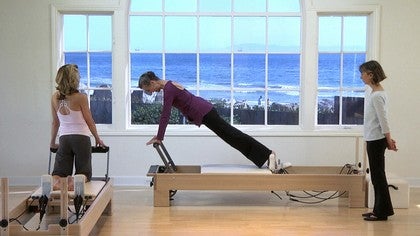 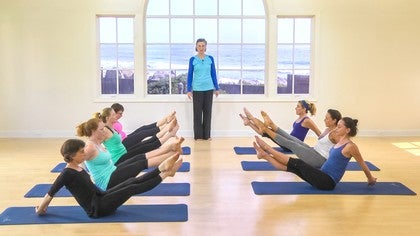 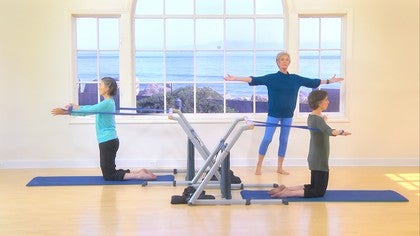 Sharon Spaziani, Lmt, NCPT
Perfect timing on this one... have been teaching some 'barre work' using bands at the barre for the seated work. thank you!

Joni N
Did Suzanne film an even longer class that uses the theraband in these creative and hard working ways? Here's hoping!!!

Suzanne Gutterson
1 person likes this.
Thanks for your feedback. Nice to hear that you'd like to see more.

Brenda A
1 person likes this.
This is fabulous! I teach barre as well as Pilates, so I have stationary barres in my studio---I've been looking for creative new ways to use therabands at the barre in group classes! Love this workout for myself too :)

Elayne Connery T
Can't wait to try this one tomorrow, I have one of these barres at home! Have some more of these if possible!:)

Cynthia G
Thanks to teacher and students.  Had to do some improvising but got most of it.  Great
Top Skip to Latest