Get your heart pumping in this Jump Board Reformer class with Kristi Cooper and Meredith Rogers. They tag team by switching off between jumping and strengthening exercises to give you a full body workout. They also sneak in a few Mat exercises they adapted to the Reformer like Spine Stretch, Spine Twist, and others.
What You'll Need: Reformer, Jump Board

Go to this Program Playlist
This Video
Get your heart pumping in this Jump Board Reformer class with Kristi Cooper and Meredith R... Mar 28, 2015 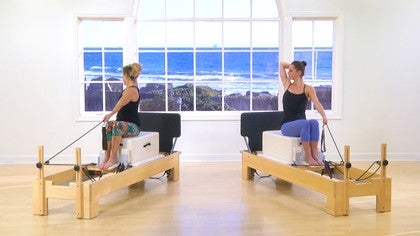 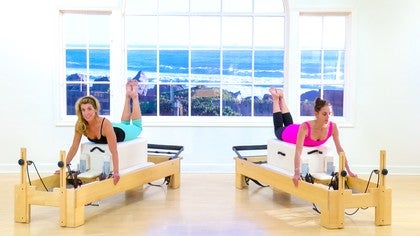 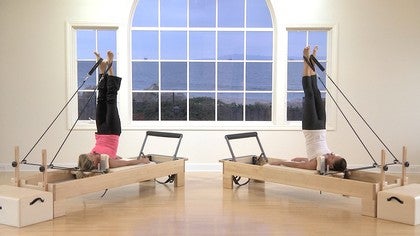 Jill
5 people like this.
Whoo Hooo! Can't wait to do this tomorrow morning before my classes. Kristi and Mere, you are both so amazing and your classes always give such great takeaways. Love!

Susan
3 people like this.
Meredith, that syndrome is called misophonia!

Barbara
4 people like this.
Wonderful class! I feel so energized! You ladies are great alone and even greater as a duo! Thanks! Keep them coming!

Jessica
2 people like this.
I think this is my favorite class of all time!! So fun and dynamic thank you two for being so creative and having a sense of humor!!! I will share the love thanks for the inspiration!!!

Connie
3 people like this.
Really good! Liked your warm-up Kristi. I think I have that syndrome too....I go crazy when I listen to my husband eat almonds! Thanks ladies!

Cloe
2 people like this.
I am totally in love with this ladies!! And I can't get enough of you two teaching together. So good!! thank you for the awesome inspiration xx

catherinedmr
2 people like this.
Can't wait to try this. You two are so fun, and the work is great. Thanks for something to look forward to!

Kristi Cooper
5 people like this.
I'm so happy you all are enjoying the dual teaching of Meredith and me. We did this together for years to keep up with teaching different things and learn from each other, but it got away from us over the last couple of years. It feels great to be doing it again and to have you all there with us! Thank you for the wonderful comments!