Welcome to Day 4! Kristi begins to add more challenging movements so you can start to wake up the muscles in your body. She starts standing so that you can use gravity and ground reaction force to energize your body. She encourages you to notice how you are working in your space so that you can get as much as you can out of each movement.
What You'll Need: Mat, Theraband

Go to this Program Playlist
This Video
Energy, Standing, Arms, Legs May 06, 2017 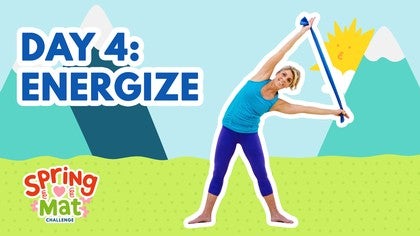 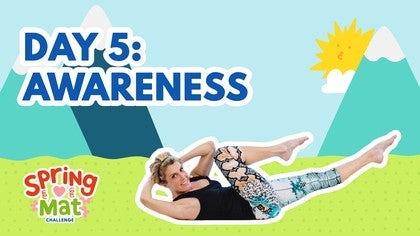 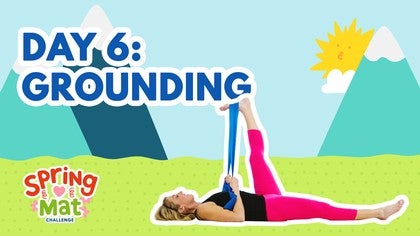 Brian D
1 person likes this.
Great start to the day. Loved the class! Loving the challenge :) Thank you Kristi

Summer T
2 people like this.
Day 4: check! Haven't done a standing class in awhile, so it WAS energizing! Thank you, Kristi.; -)

Stephiney G
1 person likes this.
Side stretches were exactly what I needed today! Thank you!

Lori
3 people like this.
My favorite so far and your cueing always seemed to catch me doing what you were correcting. I especially liked your cue for the side leg lifts, just a subtle shift made them a lot easier for me. I also did an Elizabeth Larkham foot class today and noticed how much more balance I had doing this class Thanks!

Sandra G.
3 people like this.
Cannot believe this was 30 minutes, it felt so nice and ended so fast!

Connie M
3 people like this.
I loved when you said "I'm not worried about it… At all"! Because sometimes we just have to honor what our body will and will not do.

Ingrid Grace Beeman
1 person likes this.
I'm a couple days behind, and sitill committed. The theraband warmed my shoulders up beautifully and I discovered some uncomfotabity I havent felt in a while. I always feel better with renewed energy after the workout.
Thank you

Kristi Cooper
2 people like this.
So glad you're all still with me. Looking forward to the next few classes with you!
Top Skip to Latest
Showing 1-10 of 32