This is a great class if you don't have a full hour to workout. Kristi takes you through the BASI Pilates® block system addressing the whole body in just 34 minutes.
What You'll Need: Mat

Go to this Program Playlist
This Video
This is a great class if you don't have a full hour to workout. Kristi takes you through ... Jan 08, 2010 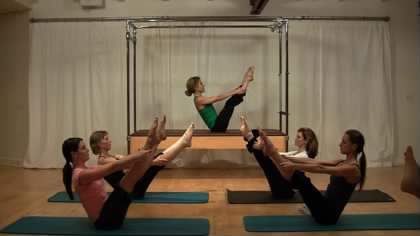 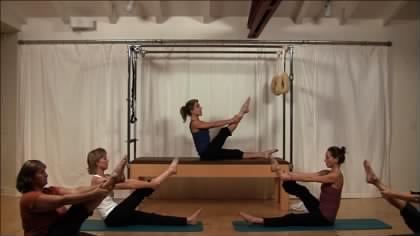 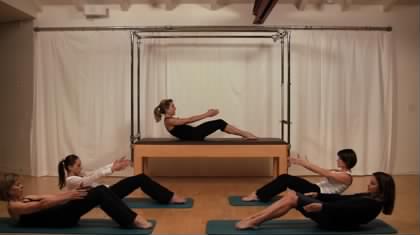 Pele
Great mini workout. For a 30 minute workout I would have loved to see more flow... less on transitions and talk but that's just my opinion.

Kristi Cooper
A Valuable opinion at that. Thank you Hanna.

Glenn G
First class on this site. For a Level 2/3, I didn't feel like I got a great burn in any area. I feel stretched out and relaxed but I expected more glute and plank work for a 2/3 class. I can't imagine what a Level 1 or 1/2 is?

Kristi Cooper
Hmmm, thanks Glenn, I'll go back and see if maybe the class mislabeled. The choosing of a level is somewhat subjective of course, but given this was one of the first classes on the site its very possible I was too generous with the 2/3 label. My bigger concern is always people entering a class that is beyond there skill level. I'll hope you'll try another class and that we'll have done better at describing it. Thanks for the feedback here.

Amy B
Very enjoyable class, I liked all the deep concentrated work. I felt it in the abs for sure and it made for a wonderful post-run workout since there was some really lovely stretching variations that were new to me. Thank you!

Evie Sahagun Mathieson
Kristy, this was a fully packed, great paced & deep focusing session! Loved it! Also, really enjoyed how you cued our attention to re-visit those familiar layers to a given movement or exercise - just fine-tuning the work in 34 minutes! Wow! Thank you :)