In this Mat class with Kristi Cooper, you will go back to basics using the Magic Circle to build your skills and gain more depth. The ring will provide assistance in your contractions and movements, enabling you to access deeper connections. Take the new sensations that you create to get greater benefits in more traditional classes.
What You'll Need: Mat, Magic Circle 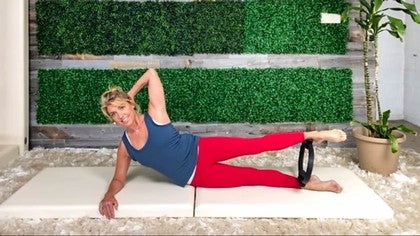 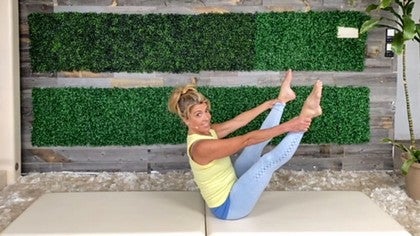 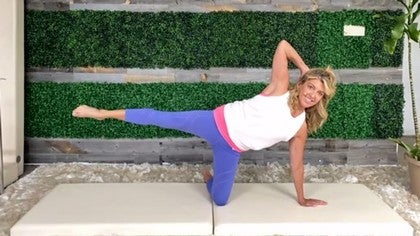 Robin P
I’m a fan of the ring and loved this class employing the ring throughout. Thanks!

Kelly B
1 person likes this.
Loved it! The ring gives a bit of a feel of being on the reformer.  Thank you.

Bobbie D
1 person likes this.
Thanks -needed this today with. All the fires around me-can’t go out-Carmel,ca

Christine M
1 person likes this.
Great class ! I enjoyed it a lot to start the day☀️ hello from Switzerland 👋

Cynthia G
1 person likes this.
Ah lovely.  Thanks for the encouragement as well.  You dont hear me but I do do comment (to myself) during the class. Have a great day.

Emma A
1 person likes this.
Beautiful combination.  Love the circle even more now than ever.  thank you from Melbourne, Australia.  Its finally a sunny morning and what a way to start it.

Nancy H
1 person likes this.
Nice class to emphasize all the subtle connections. I especially loved it for the extension work at the end and for adductors on the roll up. Thank you!

Cigdem A
2 people like this.
I enjoyed the class a lot; thank you much Kristi

Bruno
2 people like this.
Kristi Cooper  I really have fun with your classes! Thank you so much! 🙏 Bruno, Portugal.
Top Skip to Latest
Showing 1-10 of 19