In this jumpboard workout, Amy introduces jumps in first and third positions and brings in more complex leg beats/changes that are derived from ballet.  Emphasis is put on the connection of the inner thighs for these beats and she also introduces more  complicated footwork or 'steps'. All jumps in this class are done in external rotation so please be aware of your hip/knee/foot alignment during your landing on the board.  These movements take coordination and strength to execute and will definitely get your heart pumping.  This 20 minute burst of cardio will be a must to come back and do again and again.  Enjoy!
What You'll Need: Reformer, Jump Board, Fitness Ball

Go to this Program Playlist
This Video
In this jumpboard workout, Amy introduces jumps in first and third positions and brings in... Jun 04, 2011 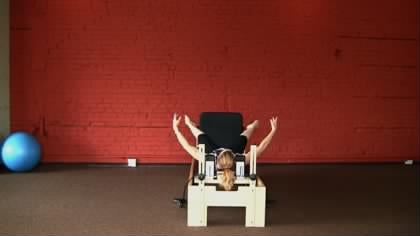 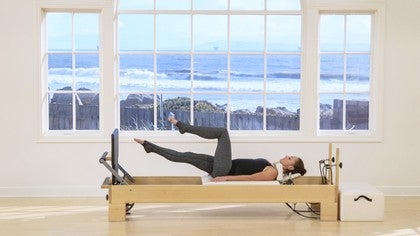 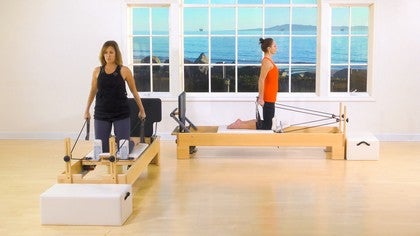 Stacy H
This was a great class. Fantastic instruction!!!- Thank you- Stacy

Stacey L
I love jumping with no shin splints or ankle pain! Hooray! Thank you for the great class!

Amy Havens
Hi Stacey.....yay---no shin splints or ankle pain! That is good news for sure! Thanks for taking class!

Amy Havens
Hi Sue, thank you so much! Glad you enjoyed the class!