Pilates Anytime is proud to offer our first class taught in Japanese. On June 13, 2011, BASI faculty member Nagi Takahashi taught this level 1-2 class in the style of BASI Flow™ Technique. If you have Pilates experience but don't speak Japanese, you may find that Pilates transcends verbal language in this beautifully executed class. Nagi taught this class in Japanese to help raise awareness of the assistance many of the Japanese people still need as a result of the Earthquake and Pacific Tsunami of March 11. If you are interested in donating to this cause, go to the Japan Red Cross Society.
What You'll Need: Mat 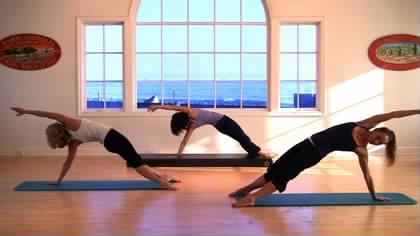 Mat Workout in Japanese
Nagi Takahashi
Delib. Pace
Level 1/2
40 min
BASI Pilates®
#483
This is the class that will remind you how Pilates just gets better and deeper the more yo... Aug 11, 2011 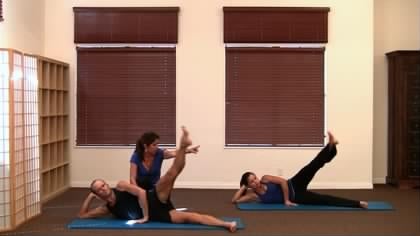 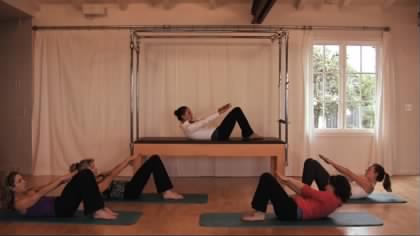 Jamie K
Interesting!! Very good class and yes it doesnt matter, the language does indeed transend. And I would have missed this had I not been exposed to it here on PA.!!
Thank you!! Next time I am in a foreign country such as Asia or Japan I wont be so shy to find a Pilates course. Jamie

Pele
Wow! one of the most innovative and creatively flowing BASI mat classes I've seen on this site. More from her pls!

Lorraine B
Calming and so beautifully executed. A masterfully simple presentation that had me working on execution and breathing. Arigato.

CJ
beautiful class, great instructions, language is no problem, you look great. thanks for sharing, blanche

Meredith Rogers
Thanks again Nagi...I loved your class and I am loving reading the comments. Hi to everyone in Japan.

Victoria C
I wish I could speak Japanese to fully appreciate Nagi's instructions but nonetheless I loved the class!

Nagi Takahashi
Wowaaa!!
Things were a little hectic and couldn't get on this site for awhile, and now I'm reading these warm messages.
I can't be any happier.
Thank you all so very much.

I look forward to doing another class!
In both languages maybe?!


Laura-Lynn and Nikita,
Thank you for posting your comments in Japanese. Your Japanese if fantastic.

Meredith,
Thanks to you too, these comments show that there is no language barrier through Pilates. I am so honored to be the first person doing a class other than English.
Top Skip to Latest
Showing 1-10 of 24