Use the Theraband to stretch out the shoulders and open up the chest to start class. Move to the floor and use the band as an assist for exercises that will help you build strength for the intermediate Mat exercises. There is a subtle emphasis on the oblique muscles of the abdominals and the shoulders in this class but the entire body is addressed.
What You'll Need: Mat, Theraband

Go to this Program Playlist
This Video
Use the Theraband to stretch out the shoulders and open up the chest to start class. Move ... Oct 20, 2011 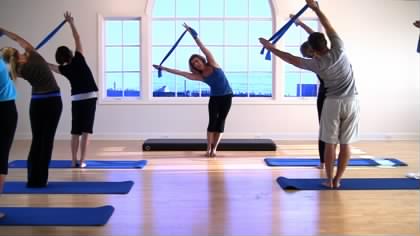 Theraband Mat Flow
Kristi Cooper
Beginner
60 min
BASI Pilates®
Mat
Watch Next
If you haven't been working out, you will clear the cobwebs in this class. Niedra uses th... Dec 19, 2011 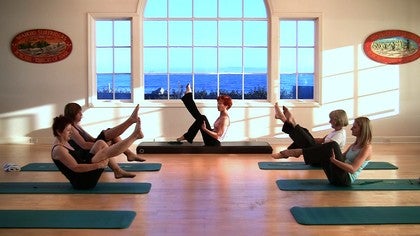 Discover the Basics
Niedra Gabriel
Beginner
60 min
The Pilates Guild
Mat
"We can bring energy into our bodies simply by thinking about it and by letting go..." Let... Feb 10, 2012 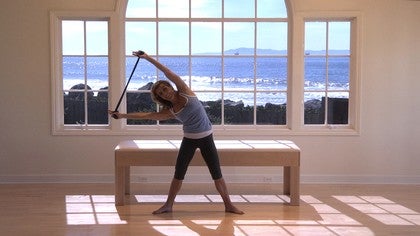 F B
You are such a great teacher Kristi!!! I am a big fan of your teaching method. It's fun, clear and and your cues are so accurate for every exercise. Thanks for the inspiration!!

MaryAnn N
Wow! I am impressed. As a new member this is the first time I have tried an exercise all the way through. Great for my ailing body. Loved it!

And MaryAnn we're glad you joined us. Congratulations on completing the class. Sounds like you are on your way to healing your body. Fantastic! Welcome!

Ali-Joy C
after this I'd love a class dedicated to reversing bad poster. Open easy shoulder and an open chest.

Monica D
1 person likes this.
Kristi I really enjoyed your class I always feel I want to jump on a plane and join your class! Thank you!
Monica (uk)
Top Skip to Latest
Showing 1-10 of 22