This is a no nonsense workout offering a short warm up on the Reformer followed by Foot Work, a variation on Hip Work (done in the "Diamond" position to focus on lateral rotators of the hip), Long Spine, Knee Stretch Series, Back Stroke, Teaser, Pulling Straps 1 and 3, a preparation for the Star, and a few more gems to play with. Work hard at a moderate pace and then get on with the day feeling energized and accomplished.
What You'll Need: Reformer

Go to this Program Playlist
This is a no nonsense workout offering a short warm up on the Reformer followed by Foot Wo... Oct 24, 2011 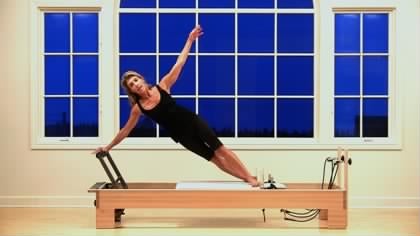 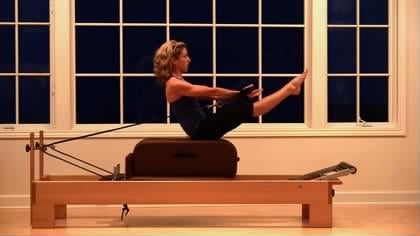 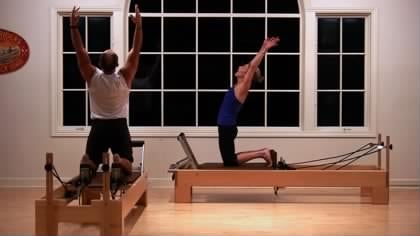 Yugonda D
Thank You so much Kristi !!
I will have to do this work a few more times to perfect my movements in the diamond series ~ my hamstrings are talking to me right now from the table top strap curls :)
Loved the full range of exercises in the class. No Nonsense is right !!

Laurel Enoch
Amazing as usual! I loved the diamond series as well! Woke up some new muscles!

Must say, Laurel, I'm feeling awake in certain areas myself today! Glad you both enjoyed class.

Anne-Marie S
Thank you Kristi! I loved the diamond series. I had to pause on the teasers but I did it! Great workout!

Robyn Baxter
Hi Krista- wonderful cueing for every movement to give me my best chance to feel the work...and I absolutely did...holy hammies on the long spine! Thank you. More reformer classes please!

Ted Johnson
Hey, is this the first class with the new ivory equipment?

Joanne H
Awesome class! Your cueing is awesome. Love how much you cue the hamstrings. Has made a huge difference in my practice as well as my clients. Thank you thank you!

Pele
Great class. Been a while since we had a reformer class. thanks
Top Skip to Latest
Showing 1-10 of 38