This class is essentially a Reformer on the Mat class. Kristi uses light hand weights to highlight opposition of the extremities to the powerhouse (Weights are actually not necessary for this class). You'll do Foot Work with an emphasis on the arms and their connection to the back. The Hundred, Coordination and hip work on the small ball are also a part of the fun. Scissors, Bicycle on the ball allow for a good stretch and the Short Box with the small ball feels fantastic! We hope you'll like this change of pace.
What You'll Need: Mat, Hand Weights, Overball

Pilates at Home - Playlist 13: Reformer on the Mat

Go to this Program Playlist
This Video
This class is essentially a Reformer on the Mat class. Kristi uses light hand weights to h... Aug 10, 2012 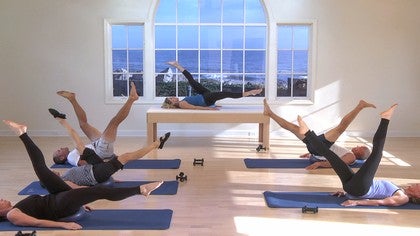 Mat Workout
Kristi Cooper
Level 2
55 min
BASI Pilates®
#806
Watch Next
Kristi brings out the the TRIADBALL™ to assist you as she teaches a Reformer on the Mat cl... Jun 14, 2012 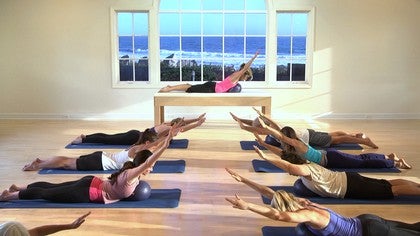 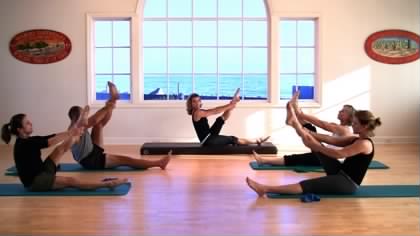 L bedard
Thanks for the class. Fell good.
L

Sherief J
Excellent Class, my lil 11yr old enjoyed too. Couldn't believe it was already over.

CJ
Kristi Cooper. I loved your class. I will do this again. thanks. blanche.

Kristi Cooper
1 person likes this.
Wow! An 11year old liked it?! That is a high compliment indeed!!

Thank you all for letting me know you liked it! More to come!

Antonia D
1 person likes this.
Hate to ruin the party but I did not think this was one of kristi's better classes....

Kristi Cooper
Thank you Antonia ~ I'm always interested in improving. Would you mind letting me know more specifically what you didn't like so I can potentially make adjustments in the future?

Jessica H
1 person likes this.
Love any way to take equipment exercises to the mat-thanks for fresh ideas!

Chiara C
1 person likes this.
Loved this class Kristi! Such a perfect workout!

Suzanne Carvalho
1 person likes this.
Enjoyed the different methods with the ball. Thanks Kristi Suzanne

Jeanne L
1 person likes this.
I really LOVED this class Kristi! Loved the tree,swimming,diamond, the saw ,the reformer work with weights was a nice surprise too. It was a good balance of strengthening and stretchy goodness!