Mat Work from the Heart and Lungs. In this 82 minute class, Pat Guyton gives us an internal experience of heightened awareness of our organs, particularly the heart, lungs and diaphragm.Throughout class, Pat offers cues that have you less focused on the muscles and more focused on the organs. This facilitates the sensation and harmony of the internal core of the organs as they respond to movement and move within our body. Begin class with awareness building through experimentation and then move through class with a whole new perspective. It feels great!

Testimonial Ruth Alpert~ Protoge of Michele Larsson Initiating movement from my muscles always builds agression in me. I feel punchy by the end of the class. Working from organs left me feeling more connected to myself.
What You'll Need: Mat

Go to this Program Playlist
Mat Work from the Heart and Lungs. In this 82 minute class, Pat Guyton gives us an interna... Oct 10, 2012 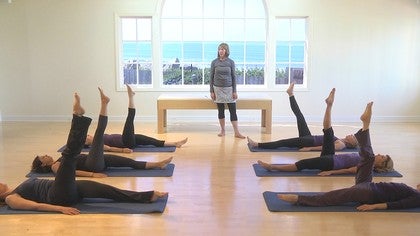 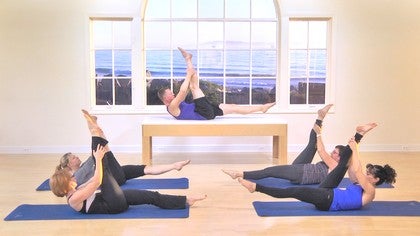 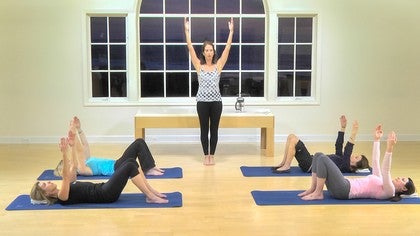 Yuki K
Wonderful class! This really expanded my understanding of what the center of the body is and helped feeling the movement from there.

Rina S
Since I am not a teacher, this class required me to redo several parts to make sure I got it right. Which means I haven't gotten through the whole class yet, even though I've taken it twice. However, I think Pat's approach is especially important for me and I plan to take it several more times until I have it more internalized. I have been having pelvic floor issues, and finding many Pilates moves problematic as they put too much pressure on the pelvic. This changes the emphasis and I thank you. .

Notme
Very interesting. It has made me stop worrying about having my abs on ALL the time.

Pat Guyton
Thanks for the great feedback. It is important to workout hard and also take the time to go inside. Balance.

Mahima S
WOW- I just finished this class. This is a class to come back to over and over again

Pat Guyton
1 person likes this.
Thank you! I was always amazed when I took my teacher's classes. Though the class was the same, I "heard" different things each time. May you continue to enjoy...

Pat Guyton
1 person likes this.
Thank you! I was always amazed when I took my teacher's classes. Though the class was the same, I "heard" different things each time. May you continue to enjoy...
Top Skip to Latest