A moderately paced class that offers you enough challenge to know 37 minutes is all you needed today. Warm up to make your spine supple and ready to practice Roll overs, Scissors, Bicycle, Single and Double Leg Kick, Side Bend and more.
What You'll Need: Mat

Go to this Program Playlist
This Video
A moderately paced class that offers you enough challenge to know 37 minutes is all you needed today. Oct 15, 2012 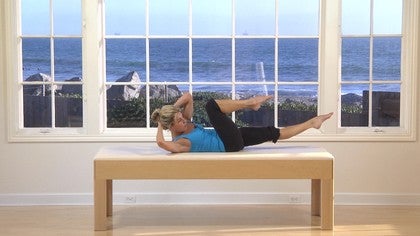 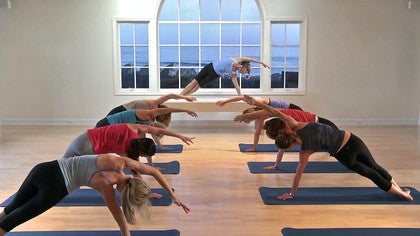 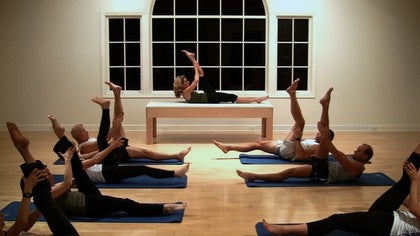 Jose P
2 people like this.
Excellent! Enjoyed this intense workout

Amy S
1 person likes this.
Nice class, Kristi! I like to mix in some mat work with the reformer work. Also, your good cueing makes it easy to follow without always having to look at the screen.

Kristi Cooper
Thanks everyone! It had been awhile since I had filmed so I am very happy to hear its working for you. Amy, would you like a class that was mixed with Reformer or do you like to do a shorter Mat class and then take a Reformer class? I've done a Reformer/Wunda Chair combo, but other than a brief warm up on the Mat I haven't filmed a split Mat/Reformer class like you mention. If I were to do that, how long would you want it? 45 mins? 60 mins? 30 mins? Thanks again for the feedback.

Ophelia S
30 minutes please!
I agree with everyone, it was a great class, easy to follow. Loved the warm up. Any thoughts on why the front of my hips ("bikini line") keeps popping every time I lower my (straight) legs from a supine position and raise them back up?

Susan Busnel Damon
1 person likes this.
Loved this class. Exactly what I have been looking for.

Joni N
1 person likes this.
Sunshine in my cloudy morning! Thank you for keeping your cues and your comments so real Kristi. I feel like you anticipate my feelings as I approach each new exercise...and really talk me through it yet without slowing the pace.

Kerry
Ophelia, I think if you make the movement smaller and the abdominal connection deeper (sink your belly button more to bring your legs up). Should be much more difficult but safer for your back.

Kerry
1 person likes this.
Thanks Kristi! Loved the spine work before open leg rocker, made it so much easier!
Top Skip to Latest
Showing 1-10 of 40