Start Position: Lie on back, arms pressed into the Mat, with legs together. Lift legs straight to the ceiling and roll over bringing the legs parallel to the floor, with the hips and feet level.

Precautions: To keep correct alignment, ensure that the legs remain tight together without sliding as legs tip to one side or the other.
What You'll Need: Mat 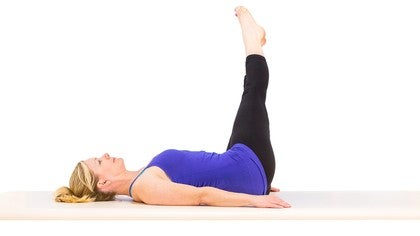 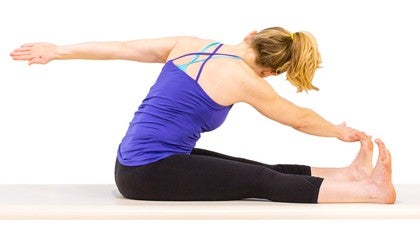 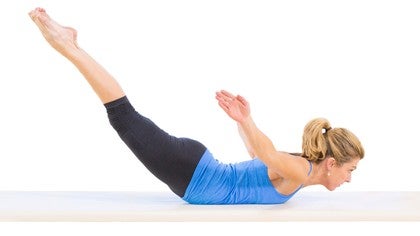 Rahmah M
Thanks so much.

Mandy D
I only knew the modifications, not the full exercise. I love it! I learnt something new today, thank you