For those who are beginning in Pilates or anyone who needs a refresh in an essential exercise principle, Amy Havens talks about Pilates breathing and how to incorporate that into your workouts. By using all of the 6 Pilates principles, you can learn how to breathe correctly to help you connect into the strength of your abdominals.
What You'll Need: Mat

Go to this Program Playlist
This Video
Amy Havens talks about Pilates breathing and how to incorporate that into your workouts. Aug 15, 2013 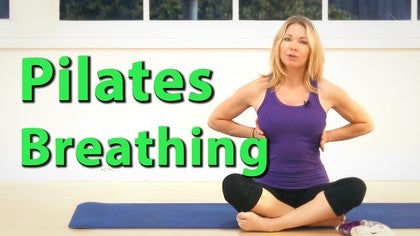 Pilates Breathing
Amy Havens
Special
5 min
Pilates Conservatory®
#1176
Watch Next
Amy Havens teaches a quick Pilates Ab Warm Up which will heat up body and get you centered. Aug 21, 2013 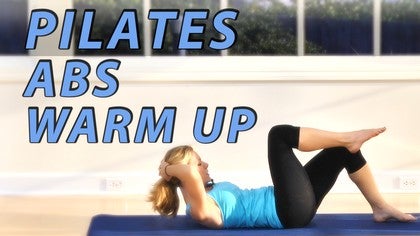 Pilates Abs Warm Up
Amy Havens
Special
10 min
Pilates Conservatory®
#1181
Amy Taylor Alpers shares a few different exercises to get your feet to operate the way they should. Sep 04, 2013 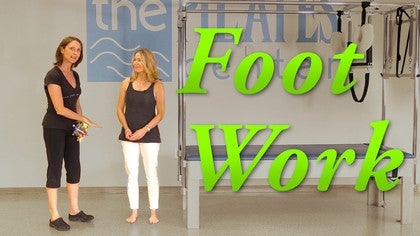 Amy Havens
Thank you Jennifer! This little segment should have been labeled part #1 and part #2 because next I'll talk about posterior breathing too! :)

Debbie K
Nice cueing and visuals-simple and easy-Looking forward to the posterior part :)

Mary M
Thank you Amy - really enjoyed the visual!! This will be an excellent aid that I can use in a credit class that I just began teaching at a Jr College - never have taught in this environment before - and only 2 of 15 students have done pilates! My theme for the semester course is the 6 principles of pilates!! Would welcome any other suggestions! I have also enjoyed all of your other short segments that you have done as well!

Amy Havens
Mary.....thank you! I give credit to Karen Sanzo for the bag of rice prop! I've used light hand weights before to send the same message but the rice is very easy to understand. I think your Jr. College students are in for a great semester with you! I have lots of suggestions to offer and would be happy to dialogue over email with you...please contact me if you'd like. :) Karen Sanzo also has some incredible classes up on the site and I know you'll find everything she has to say very useful. Let me know how things are going with your students!

Jacqueline D
1 person likes this.
Thank you Amy , that has been one of the best explanations of the breath I have seen . I am going to try that with my next beginner group , especially adding the leg raise sequence, thanks so much .

Amy Havens
Hi Jacqueline, thank you for commenting. This is approachable for beginners, yes, and of course------this is one way of explaining our breathing! I didn't go into much (if at all) discussion of diaphragmatic detail, direction of the muscle during respiration etc. Perhaps I can do a follow up because there is so much interplay between the diaphragm muscle, deep abdominal muscles and viscera. Perhaps it's time for a follow up...."now that we've seen a basic look at Pilates breathing, let's dive a little deeper". :) Thanks again for taking the time to comment!!
Top Skip to Latest