Cora Harms met Eve Gentry when she was just 16. She tells how she came to find the studio and how she later went back because she wanted to learn how to teach Pilates. Cora also mentions how close Eve was to their family because Eve helped her mother recover after she had the same radical mastectomy that Eve had in 1955. Eve, Cora's mother, and a few other women later went on to start the Reach to Recovery Program which is still in existence today.
What You'll Need: No props needed

Go to this Program Playlist
This Video
Cora Harms shares her experiences with Eve Gentry. Mar 03, 2014 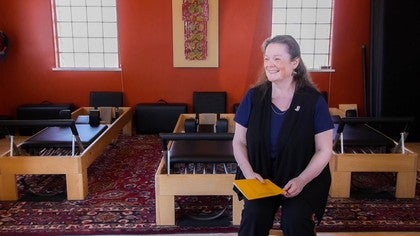 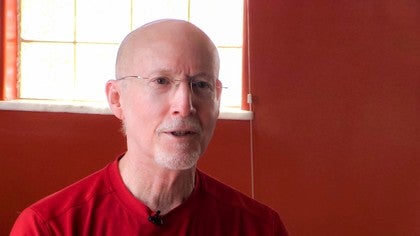 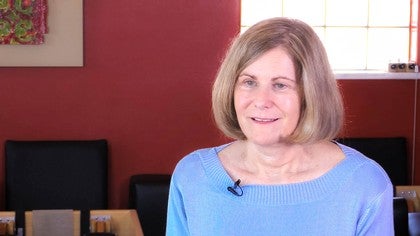 Playforever
1 person likes this.
Oh, Cora! Thank you for sharing these wonderful memories of Eve Gentry and your Mom! I recently studied with Liz Tamol while I was staying with my daughter in Albuquerque, and she graciously loaned me her Eve Gentry Documentary to watch! I am so moved by how many students of Pilates go on to use their talents and wisdom to help others heal! The Reach to Recovery Program is such a beautiful program! I really, really love all of you so much!

Kerry
Thank you Cora so much. So what was the name of Eve's book for her students that needed healing?

Barbara Grant
1 person likes this.
Hi Cora...
Thank you for sharing your experiences with Eve. How would I get a copy of her therapeutic notebook?
m.hales71@gmail.com
Michelle

I'm not sure there are copies really to be had at this point. It seems each of the teachers and students still had theres but it didn't seem they were interested in letting them go given Eve had often written in them. Michele Larsson will be here in May. I'll ask her if she knows how we can get a copy of one.