Join Robert Schleip in his new workshop where he looks at stretching form a fascial perspective so you can improve the function and efficiency of your body. He looks at fascia as a sensory organ to help you understand how your body responds to different types of loading. By the end of the workshop, you will have a new view on what to look for during stretching.

- Learn why and how you should stretch the whole myofascial chain 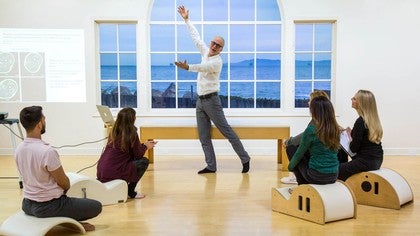 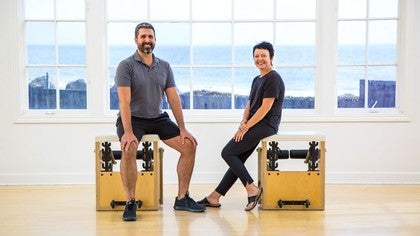 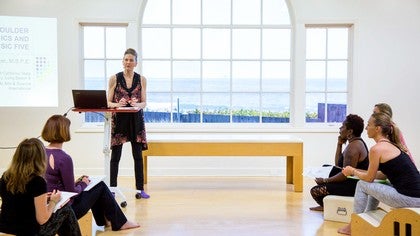 Elizabeth Mumenthaler
2 people like this.
Dr. Schleip, that was by far the best and most profound explanation of Fascia and Fascia Stretching that I have ever heard.  In this video you answered so many questions that have been plaguing me about Injury Recovery, Chronic Pain, Stretching in general, and most importantly, how to become the pain free, supple muscled, movable 60 year old that I want to be.  I am definitely willing to wait a year for results, because now I have knowledge and hope!  Bravo and Vielen Dank!!!

Robert Schleip
1 person likes this.
Great to hear, dear Elizabeth. Watch out for the new edition of our book 'Fascia in Sport and Movement' (to come out later this year), as it will contain several renewed chapters on the issues touched in this lecture.  It's such a dynamically improving field of research, that already several small additions could be made to the lecture. Happy if you can help us spreading the gospel

Anna R
This was a great workshop, when is your new book out?

Nicole P
1 person likes this.
Thank you so much Pilates Anytime for offering us such high quality workshops. I could listen to Dr Robert Schleip for hours and hours. This workshop summarizes all the knowledge I’ve gained in the last 3 years from continuing education, workshops and books. Dr Schleip has this faculty to explain complex subjects in a very accessible way.

Nicole P
In my eyes, Pilates has huge potential for fascial training. Joseph Pilates had understood a lot of what is now scientifically demonstrated. Pilates instructors have a repertoire of exercices that include all the myofascial lines and the resistance of the springs on the Pilates machine enable perfectly for loaded or active resistance stretching. I’ve been studying with Karin Locher from Centre for Spatial Medicine in the past two years and her vision includes all the different elements Dr Schleip speaks about in this workshop.

Nicole P
Even though I also like yoga, running and swimming, I’m convinced it is not so much a question of which movement method I teach or practice but much more about how my approach is. With an approach that considers the recent knowledge about fascia, all the movement methods will have positive impacts!
I hope that scientists and specialists like Dr Schleip will acknowledge that the Pilates method has also a big potential and that we start hearing and reading more about this method in their studies, at least as much as we do read from yoga :)
Thank you PA and vielen Dank Dr Schleip from
a Swiss fascia and Pilates fan :)

Antra C
Such an inspiring workshop! Thank you!

Tamar P
Thank you Dr. Schleip.
It was a interesting and fascinating workshop. And all with a big smile and sense of humor!
It's amazing to see more and more how our body is a wonderful creation, and I'm sure it will affect my teaching.
Thank you so much
Top Skip to Latest
Showing 1-10 of 14