Loading...
Like many industries that rely on face-to-face contact, the Pilates industry was rocked by Covid-19. Depending upon where in the world you live, studios may be open for in-person sessions. If you’re a studio owner looking to rebuild your business and add new instructors to your studio, or if you’re an instructor looking for the inside scoop on how to get hired, this post is for you.

Maria Leone, the driving force behind Bodyline, has been teaching Pilates since 1989 and training teachers for well over 20 years. Her studio in the heart of Beverly Hills, California, attracts a diverse clientele including celebrities, philanthropists, royalty, and Olympic athletes.

Leone became a studio owner almost by accident, after a career as a professional dancer. She bought into an existing studio at age 28, but when her partner left to have a baby, Leone became the sole owner.

When she took over the studio, there were already a couple of instructors on staff, but Leone knew she wanted to expand and began hiring right away. Today, Leone prides herself on her instructors’ long tenure (it’s common for Bodyline instructors to stay for five, ten, or even 15 years) and the studio’s low staff turnover rate. Even so, Leone has not been immune from instructors who “studio hop” or worse yet, those who leave and try to poach studio clients.

“In the early days, it was really tough to find teachers because nobody even knew what Pilates was. A lot of our original teachers came from our dance classes,” says Leone. She offered free classes to aspiring teachers and trained people to teach what she calls “the nuts and bolts of Pilates” as opposed to offering a full certification program.

Today, Leone not only runs a certification program that acts as a kind of farm team for instructors, but also puts the word out on social media. Bodyline maintains a dynamic and popular social media presence, which serves not only to attract potential instructor talent but also gives her current instructors a nice platform to showcase their talent and their fun work environment. The Instagram audience includes alumni of Leone’s teacher training program who might be working at other studios, as well as other professional contacts who might know of Pilates instructors who are looking to make a change.

The first step in the hiring process is looking at a resume or having a phone call to gauge the applicant’s interest. “We always encourage people to come in for an in person interview,” says Leone. “We offer a free class or even a package of free classes to see what their level of interest is. If they want to work here, they’ll make the time to come in.”

Once an applicant visits the studio in person (something that wasn’t really possible during the height of the Covid-19 outbreak), Leone can observe them. “I’m looking at how they carry themselves. Are they outgoing? Do they greet people? Are they confident?” she says. “A Pilates instructor needs to have a lot of different skills. We have had amazing movers who get tons of comments on their Instagram come in, but that doesn’t necessarily translate to being able to build a clientele in the Pilates business.”

As a new teacher with a ballet background, Calhoun remembers being told, “You’ve got to just keep the client moving. You can’t just do two exercises the entire session.”

“As dancers, we understand that any correction or criticism from our teacher is a gift, but non-dancers don’t always feel the same way. They don’t want to be corrected all the time,” Leone says.

Getting to Know You

The next stage of Leone’s hiring process is almost like a paid internship or an apprentice program. “I pay them to be at the studio between ten and 15 hours a week. While they are here, they might be observing while I teach, taking class, learning some of the front of house tasks, or setting up equipment. We also encourage them to bring in friends to practice teaching,” she says.

Over time, the apprentices will be offered the chance to teach studio clients, often by covering for instructors who are out. “Then, over time, we start slowly doling out new clients and helping the instructors build their business,” Leone says. At that point, it’s up to the instructor to take what she or he has learned and demonstrate that they have the skills and temperament to succeed.

“At the end of the day, you’ve got to get clients to rebook,” says Leone. “It’s a business.”

Once an instructor is hired and starts to build a clientele, the burden shifts to the studio owner to create an environment that will entice the instructor to stick around. In Leone’s experience, the decision to stay is not always based on financial factors. In fact, Leone’s instructors are not terribly motivated by commissions and bonuses.

“The mentoring is what keeps them,” says Leone. “It’s also the work environment. People want to be in an environment where there is attention to detail.”

Leone looks for opportunities to create camaraderie among the studio staff. In addition to the Instagram stories, she hosts continuing education workshops that have been known to end with impromptu happy hours.

Another reason her teachers tend to stick around? “I will not tolerate clients not respecting my staff, period,” she says.

Breaking Up is Hard to Do

Sometimes, despite the best intentions all around, it’s not a good match. It’s never fun to let an instructor go. In fact, Leone describes it as “the worst thing ever.”

Until recently, Pilates instructors in California were classified as independent contractors, which made it tricky to end the business relationship. Thanks to a recent change in California law, Leone’s staff are now considered employees. “Now I can just let somebody go if there’s a problem,” she says.

To avoid unnecessary drama, Leone suggests scheduling a meeting outside of the studio or outside of working hours and telling the employee in person. Leone favors making a clean break, as quickly as possible. Deactivate the employee’s key card, ask for their keys, change the alarm code, and disable the logins on the studio’s booking software. The last task is important because you don’t want the disgruntled instructor to take his or her clients with them to their next studio. In fact, for this reason, Leone is a fan of having new employees sign non-solicitation agreements (whether or not they can be enforced is a story for another blog post).

“I’ve made the mistake of holding onto people too long because of a personal connection,” Leone admits. “As I’ve gotten older, I can separate it out. At the end of the day, if they are not improving their teaching despite feedback, if clients are not booking with them, it’s a business decision.”

“Go with your gut. You know when it’s not working out,” she says. “They will learn more from being let go. I have been let go twice in my life and both times, it’s been a really good learning experience.” 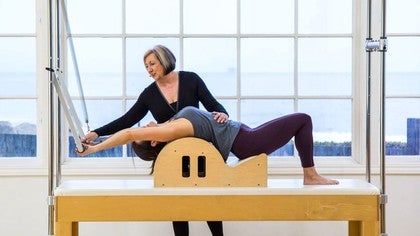 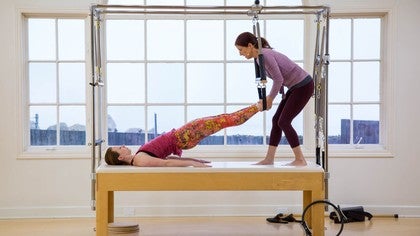 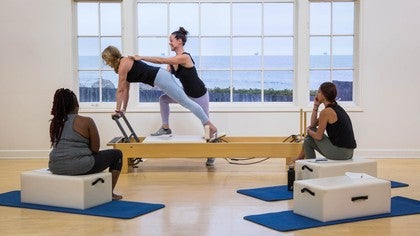 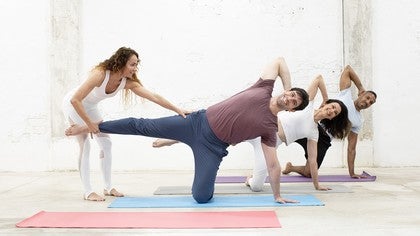