Loading...
James D’Silva, the creator of The Garuda Method, Garuda Apparatus and founder of The Garuda Studio, was born and raised in Goa, India, before moving to England to become a professional dancer.

In 2000, D'Silva opened his own Pilates studio in London and established a reputation amongst many loyal clients. He has worked with Madonna and Gwyneth Paltrow, among others, and has also created best-selling fitness DVDs with Trudie Styler.

As his newest series of classes launches on Pilates Anytime, here's a look at D'Silva's life and work, in which he discusses his inspiration and aspirations for the Garuda method.

"What inspires me the most is my love for movement and humanity, as well as my need to mutate and evolve and to also be creative. My ultimate goal is to redefine myself every day through my work."

What is your greatest achievement?

"It is incredible to be able to work with many different people and have the opportunity to make even the smallest difference in their lives. I am lucky to have visited so many countries and through that, people have taken to my work and developed trust in the technique and process. I feel I have been blessed because of this."

Why did you choose the name 'Garuda'?

"In Hindu mythology, Garuda was a bird-like demi-god. His mother, Vinata, was forced to serve her sister, Kadru and her snake sons due to a lost wager. The snakes would task Garuda with chores, but Garuda sought to set his mother free.

He went to the snakes and made a deal to fetch them a pot of divine nectar in return for his mother’s freedom. For his selfless act, he was offered a boon, so he asked for immortality and an eternal position above the Lord. He took the nectar back to the snakes, who allowed his mother to be free.

Garuda is therefore never complacent and I admire this very human aspect. Has a sense of care, attention and humility and the need to adapt and change. His inner strength lies in that he changes his form according to his function, and this you will see in the Garuda approach."

Why did you create this method?

"I had a career as a dancer and at one point, I was injured and needed something to bring me back. I explored many other techniques but none of them worked for me. Along the way, I found certain principles that worked for me (and for others as well) and stuck to them.

It was also important that I found a way to change the way of training each day, as well as find a way to challenge the mind as much as the body. I wanted to be aware of the feedback the movement was providing.

There was also a need in the market for a sense of spirituality in movement as well. I wanted there to be a sense of self, which in turn, brings out a sense of confidence through movement. At the end of the day, your own movement speaks volumes, but you need this spirituality to find your own self-expression. There is no right and wrong."

What inspired you to create your own equipment?

"I found that the equipment I was experimenting with was poorly made. It was also too small, especially for men, and didn’t allow for this freedom of movement I was looking for.

I sought to find more range of movement and hence I developed the Garuda apparatus, Sonali and Munna machines. I needed the space to create a sense of flow and the ability to lengthen the movements.

I also noticed that my students didn’t understand the mechanics of the machinery. I wanted it to be more interactive and for them to understand the benefits each movement and attribute brought to their session."

What are your plans for Garuda in the future?

"To bring truth and wisdom to the movement and see if I can share that with my teachers moving forward. I am always striving to enjoy what I do and do it well.

I am also developing the work and ideology and movement repertoire behind what I have and making it available. I strongly believe it is important to constantly develop and build on my work.

I love working with different types of people at different levels of fitness. This is really important and I want this to be the case, no matter what direction Garuda takes in the future." 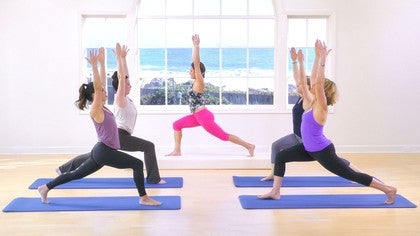 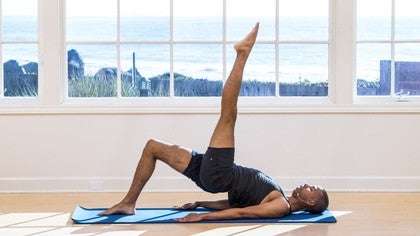 How Well Do You Know Your Pilates Mat Exercises? 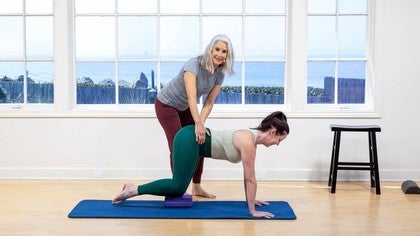 Pilates for Pelvic Health: Everything You Need to Know 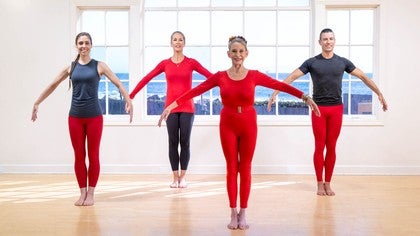 How Well Do You Know Your Pilates Mat Exercises?

Pilates for Pelvic Health: Everything You Need to Know