Kyria Sabin teaches a Fletcher Pilates Towel workout that will open your chest and bring a lift to your entire body. By using the towel as an extension of the body, you will find your shoulder imbalances and create more range of motion. Your shoulders will feel great by the end of the class.
What You'll Need: Mat, Braided Towel

Go to this Program Playlist
This Video
Kyria Sabin teaches a Fletcher Pilates Towel workout that will open your chest and bring a... Oct 23, 2013 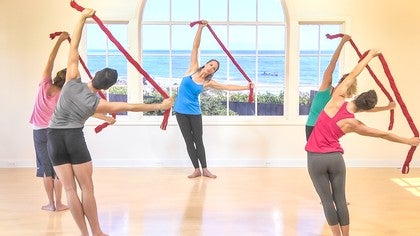 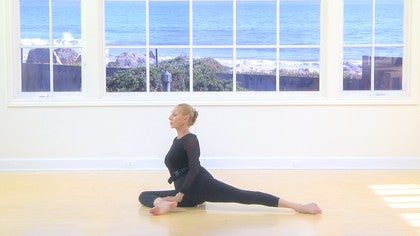 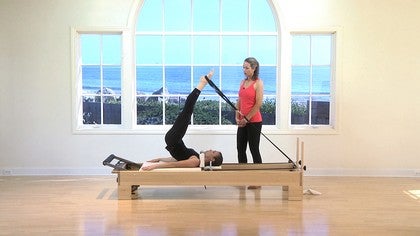 Bonnie L
3 people like this.
Thank you Kyria! You re-inspired me to pick up my towel!! :)

Corinne M
4 people like this.
Hi Kyria, i just did this class with you, feel great . thank you! Nice to have more and more Fletcher work on Pilatesanytime.

Anne-Marie S
2 people like this.
Another great towel class from you this week. My shoulders feel amazing!! Thank you!! Love the towel:)

Jennifer S
1 person likes this.
Thank you for this...love the flow. The world needs this one...release & open those shoulders! Thank you to PA for such variety...makes me better! Xoxo

Vanessa L
2 people like this.
This was my first Towel Class & I loved it. Feeling great! Thank you.

Adriano B
1 person likes this.
Thanks a lot, Kyria!

Sherry B
2 people like this.
Great class. Loved the upper body work.

Brian R
1 person likes this.
Wonderful work Kyria. The towel work is one of my favorites!

Cher
1 person likes this.
I enjoy so much Fletcher's Pilates. It's a wonderful work for "computer shoulders". Thank you so much.
Top Skip to Latest
Showing 1-10 of 42