Kristi Cooper teaches a creative Spine Corrector workout, emphasizing the articulation of the spine in extension and the use of breath to connect further into the core. Kristi delves deeper into traditional exercises such as Swan, Swimming, and Teaser. This class is perfect for those learning to practice Pilates with deliberate movement.
What You'll Need: Spine Corrector, Pilates Pole

Go to this Program Playlist
This Video
Kristi Cooper teaches a Spine Corrector workout emphasizing the articulation of the spine and the use of breath to connect to the core. Nov 30, 2013 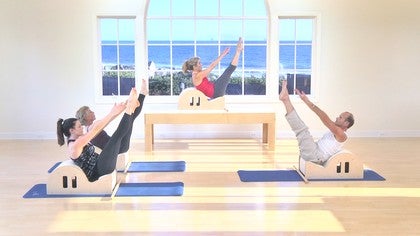 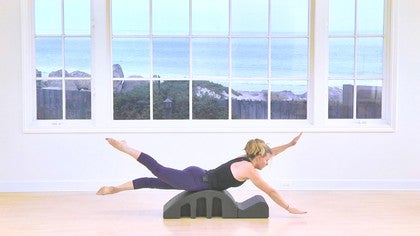 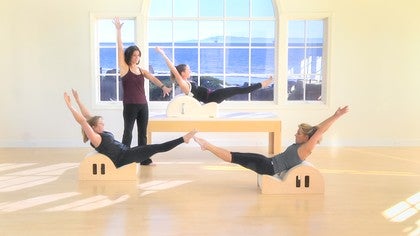 Erika Quest
Awesome, Kristi! The use of the dowel will be a fantastic addition to create a point of cueing. I can definitely see how your research and resources are very much JOYFUL! You were amazing, anyway. Now you're, priceless. xo.

Wendy G
1 person likes this.
Kristi, thank you for this offering. I have bee waiting a loooooong time for spine corrector class with you. It has been worth the wait.

Kristi Cooper
Thanks Erika and Wendy ~ I'm glad you liked it and really appreciate the feedback!

Luci
Thank You Kristi!! I have only just bought a spine corrector and used it for the first time in this fantastic class of yours! Wow it felt really amazing!! Thank you so much!! Awesome cues and love the way you teach! :)

Kristi Cooper
Oh that is wonderful Luci! I hope you enjoy our other spine corrector classes too.

Jennifer A
I stumbled upon this fabulous workout today at home with my spine corrector. It was wonderful and unique - I can't wait to use with my tight-shouldered male clients tomorrow. The pole added a nice element!
Top Skip to Latest
Showing 1-10 of 13