Courtney Miller takes an athletic approach to Pilates teaching a Mat Sculpt workout comprised of 50% Standing Pilates and 50% Matwork made more challenging using hand weights. Courtney reminds you to concentrate on Pilates principles such as precision and effective movement throughout. You'll feel the burn with this one!
What You'll Need: Mat, Hand Weights 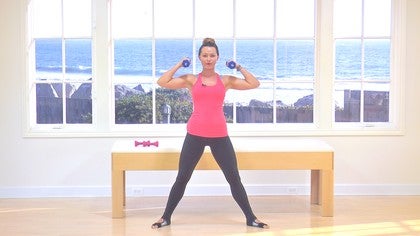 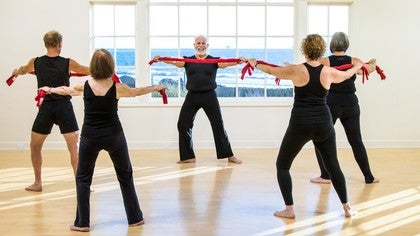 Standing Workout
Ken Gilbert
Level 1/2
30 min
Fletcher Pilates®
#2902
Move to the music and have fun in this standing workout with Portia Page! May 16, 2016 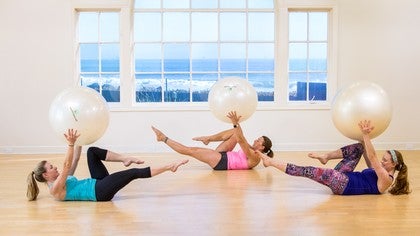 Joni N
4 people like this.
Can hardly wait for morning to try it!

Meghan Y
5 people like this.
This is stellar thank you Courtney!!! My body and my brain feel all warmed up for a challenging day. Keep up the beautiful work! More like this please! (:

Denee D
3 people like this.
This is a perfect start to my day. Which includes baking for Thanksgiving. And w/a grateful heart, thank you, Courtney, for another awesome, class!

Mindi K
4 people like this.
This class is such a gift!!! Thank you so much--what a wonderful way to feel:)

Trudi L
1 person likes this.
Just did this class-wow! Was literally dripping with sweat. Had to modify a couple of things to suit my body (swimming without weights) and take the odd break here n there but i loved Courtney's tone and energy. This is definitely not for those who aren't aware of pilates principles, alignment etc as there aren't so many cues and its fast. But it's a lot of fun!!! Am going to be sore tmrw fo sho

Courtney Miller
10 people like this.
Thanks everyone! This Thanksgiving I am especially thankful to all of you at Pilates Anytime!

Kate C
1 person likes this.
I love the class...We don't have to use anything except weights.

Lauren A
1 person likes this.
Thank you Courtney for another amazing class! Come back soon :)

Kristi Cooper
2 people like this.
Courtney, I assure you, we at Pilates Anytime are all grateful for you too!