Focus on the pelvis in this Mat workout taught by Suzanne Gutterson. She begins the class by getting you in touch with your body and then explores pelvic articulation, stabilization, and placement. Enjoy her breakdown of the pelvic curl which emphasizes working from the lower abdominals rather than the thighs.
What You'll Need: Mat, Theraband, Magic Circle

Go to this Program Playlist
This Video
Focus on the pelvis in this Mat workout taught by Suzanne Gutterson. She begins the class... Jun 10, 2014 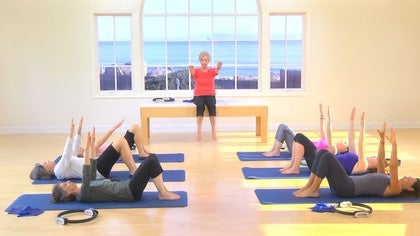 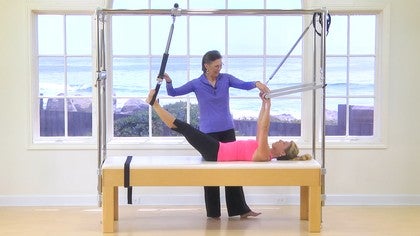 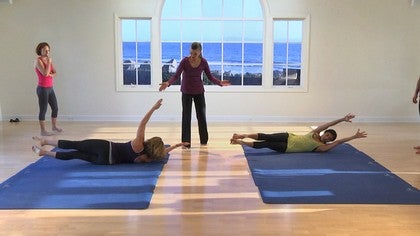 Marika K
I love it. Perfect exercises at the beginning to find neutral and feel even lowest abdominals. I have pelvis tilted forward a bit and this really helps. Also explanation of the hundred was very helpful. Thank you very much for a great class. I feel great. No tension in my body and core activated even when I walk :)

Suzanne Gutterson
Kimmie-Marika: Thank you for your specific comments.. I'm glad they were useful.

Christine D
1 person likes this.
During the swan, you said to tuck the pelvis to lift the belly button....well, that clicked! Thanks for a gentle and informative class.

Cynthia G
So much to notice. Thanks
Top Skip to Latest