Kristi invites you to set an intention for yourself in this Cadillac workout. She works on being grounded while lengthening to help you find the freedom in your movement, which may help you fulfill your intention. Enjoy exercises like Hip Opener, Tower, and so much more!
What You'll Need: Cadillac

Go to this Program Playlist
This Video
Kristi invites you to set an intention for yourself in this Cadillac workout. Jul 24, 2014 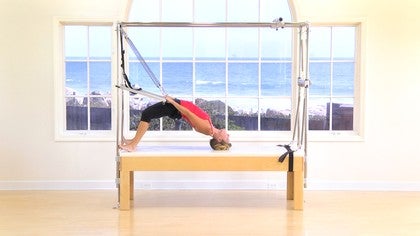 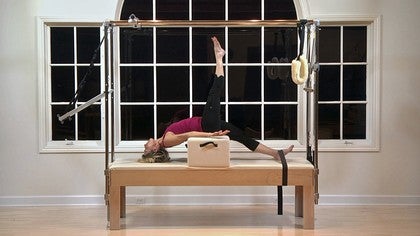 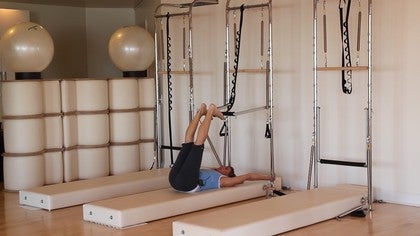 Elayne Connery T
1 person likes this.
Make me want to get on the Cadillac right now, esp with that bottom sprung work:)!

Lita O
1 person likes this.
Thank you so much! I always look forward to your classes!!

Kristi Cooper
Thank you both! Elayne, I felt exactly as you describe the day I decided to do this workout!

Stephanie W
1 person likes this.
What a great class! My body feels amazing now. My spine/pelvis literally adjusted itself (loudly) twice during the sprung-from-below footwork into tower. Big thanks for that!

Sharon Spaziani, Lmt, NCPT
Love the instructor 'guided' workout, the honest feed back as you are doing the work Kristi, I find extremely helpful.

Jennie S
I enjoyed your flow of words and the clarity of instruction so very much! Inspired to practice!!
Thank you!!

Annie M
Bottom loaded footwork is my nemesis. Truly humbling. Thank you for making the thing I hate to do the most completely enjoyable and worthwhile. I loved this workout. Thank you!!!

Marta F
Amazing flow..love the combination of the reach and saw together, I definetely agree with the other comment that says that this session makes you want to try it right away.
Top Skip to Latest
Showing 1-10 of 21