Be prepared to sweat with this Reformer workout with Melissa Connolly! She teaches a perfect blend of cardio, strength, and flexibility with challenging variations and combinations. This is a great class to work on your stamina, endurance, and coordination!
What You'll Need: Reformer, Yoga Block, Jump Board

Go to this Program Playlist
This Video
Be prepared to sweat with this Reformer workout with Melissa Connolly! Apr 13, 2016 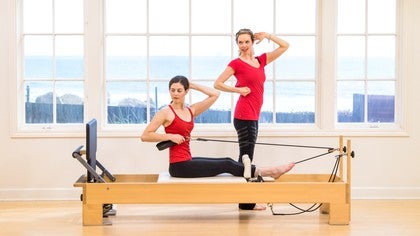 Reformer Workout
Melissa Connolly
Acc. Pace
Level 2/3
55 min
Julian Littleford Pilates
#2583
Watch Next
If you are looking for an athletic Reformer class, this is the class for you! Mar 26, 2013 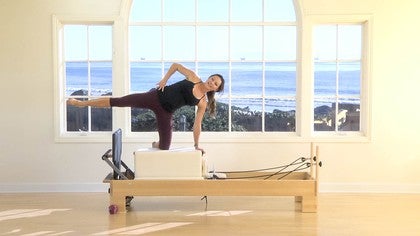 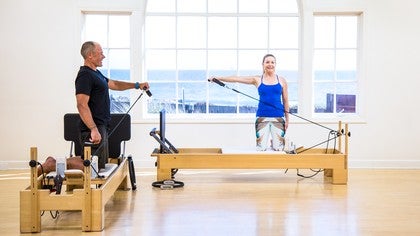 Eflach
2 people like this.
wow! SUCH a good workout!! a really nice challenge for me. and it was so fun!!

Pele
3 people like this.
I was really happy to have Melissa back.
This class was fun and flowing. It would have helped to state the springs for footwork before footwork and not towards the end. But really liked this class.

Susan H
1 person likes this.
I just loved this class! Thank you Melissa

Kim W
1 person likes this.
Great class! I teach a weekly jump board class to a group of dedicated ladies, and this is right up their alley. I like the interval approach--combining traditional work with the jumping. That is exactly how I structure my classes, and participants respond well to the variety. More, please!

Z A
1 person likes this.
A perfect workout as always, dripping in sweat but also feel grounded and relaxed. Thank you so much and wellcome back
.

Denee D
1 person likes this.
So nice to see you again. I remember you so fondly, hope to see more of you soon!

Melissa Connolly
1 person likes this.
Thanks for the positive comments so far! It is always inspiring to come back and film for Pilates Anytime:) I am truly honored to be a part of this community!!!

Marcela C
1 person likes this.
I love this class and was thrilled to see it here! Thank you, Melissa!

Connie M
1 person likes this.
This was awesome! Thank you!

Stephanie R
2 people like this.
Loved the cardio interval aspect of this workout! There are always just the right number of reps to fatigue my muscles and not too many to start losing my alignment. Awesome! Thanks Melissa.
Top Skip to Latest
Showing 1-10 of 37