Move through your body in a short amount of time with this standing workout with Kristi Cooper. She works on creating ease in your body so you can move efficiently. She also invites you to think of an intention for the class so you have something to focus on throughout the class.
What You'll Need: Theraband

Stand up with Pilates! - Playlist 2: Work Your Upper Body 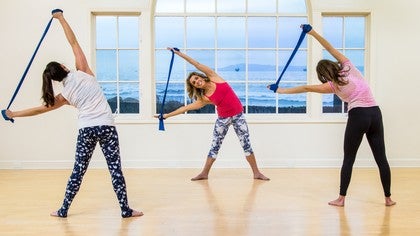 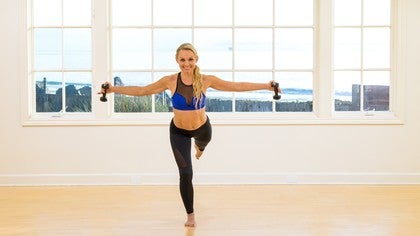 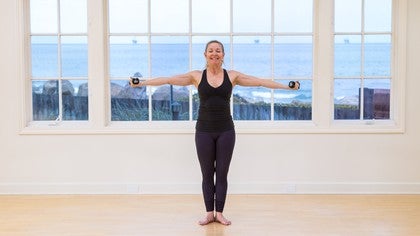 N. Burke
1 person likes this.
Really enjoyed this class. I'm sure I'll feel it in my back and arms later!

Darren T
Really enjoyed this class and thanks Krisiti.

Laura M
1 person likes this.
Chest expansion is so important! Thanks so much!

Gia Calhoun
(Edited by Moderator - Alex Parsons on April 1, 2022)
Darren ~ I'm sorry you had trouble with this video. I recommend downloading our app which is available for free in the app store. It may work better for you. If you continue to have trouble, please email us at support@pilatesanytime.com.

Ira R
Thank you! Great ideas for my warm up sometimes!

Kristi Cooper
Thank you so much everyone. It was a good day to be in the studio for me, so I thank you for joining me.