Use the Theraband to challenge and assist you in this Mat workout by Kristi Cooper. She starts with a standing warm-up that allows you to work your upper body and test your balance. She then moves onto more traditional Mat work, giving you options for the Theraband to help you decide how you want to use it.
What You'll Need: Mat, Theraband 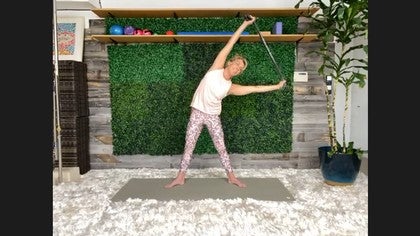 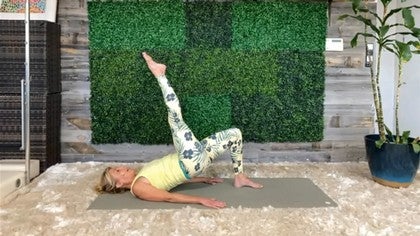 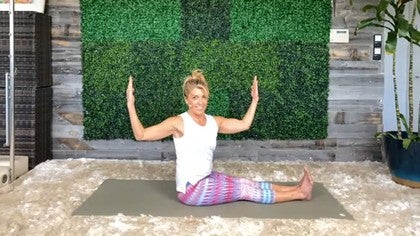 Corinna S
1 person likes this.
Great session, thank you Kristi! The torpedo leg sequence was a killer! I still feel the burn :)

Candace A
1 person likes this.
Christi you are my new best friend / isolation in the middle of Saudi without my reformer this woke up my senses now I’m good to go! Totally yummy @ thank you today

Iga S
I enjoyed this workout a lot it Kristi! I love Therabands, they were recommended to me by a physio team,  I've got labral tear in my left hip joint, band makes it feel more supported and in control, without awkward click noises :) Thanks so much and I look forward to your next workout! Hugs from London

Bridgette M
Thank you Kirsti, loved your class! The beginning really helps to loosen up the shoulders and feel so much better by the end!! 🌻🌼

Robin P
1 person likes this.
What a great workout with the theraband both strengthening and lengthening.  Love your queues along the way which are informative and helpful.  Thanks!

Kristi Cooper
Iga, I know that awkward click! Even when I don't have the click, I still prefer the band sometimes. Bridgette, I needed the shoulder part that day too. I'm glad it served you as well. Candace/ "bestie" waking the senses is pretty much the whole point as far as I'm concerned so I'm really glad to read your comment! Thank you all for joining me! I hope to do another one within the next two weeks!

Ling G
I am definitely gonna try this later. From Malaysia

Hailee V
1 person likes this.
Thanks, that was nice! Great fun with the band and really liked the use of it in prone leg work. Only critique is that it was difficult to hear you.

Cigdem A
1 person likes this.
I like using band to open my chest and shoulders and this was a great flow and chance using it heavily in this class; Thank you for the cue not bending the elbows whilst shrugging the shoulders...thank you so much Kristi
Top Skip to Latest
Showing 1-10 of 23